European countries need to help increase supply of a vaccine to prevent cervical cancer, said the World Health Organization chief, especially as they plan to offer the shot to both boys and girls.

WHO Director General Tedros Adhanom Ghebreyesus told POLITICO in an interview that gender-neutral vaccination against the human papillomavirus — which causes cervical as well as oral and throat cancers — is “important.”

“But the supply is short,” he continued. “There should be commitment to increase the supply and do it gender neutral.”

Tedros in May issued a call to action toward a goal of eliminating cervical cancer, which is highly treatable if caught early and can be prevented by HPV vaccination.

However, his position appears to differ slightly from that of his key advisers on the disease, who told POLITICO in October that wealthy countries moves to expand the HPV vaccine to boys could hurt the supply to immunize girls in lower-income countries.

“If globally we would like to make more progress, it would be better if the available vaccines at the moment would be used to vaccinate girls … until we have resolved the supply issue,” said Anshu Banerjee, WHOs director of maternal, newborn, child and adolescent health.

WHO officials said it can take several years to boost manufacturing to respond to new demand for the vaccines.

Vaccinating at least 70 percent of adolescent girls is key for creating herd immunity. However, Germany, the U.K. and Ireland recently announced plans to expand the availability of the vaccine to boys, and the U.S. approved immunization for people up to the age of 45.

Countries taking this route should contribute money toward expanding supply, Tedros said, “but at the same time, domestic resources should be mobilized, and the pharmaceutical industry should be more help.” 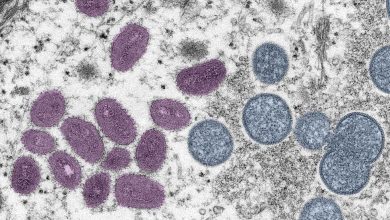 Monkeypox: First deaths outside Africa in Brazil and Spain

Why Brexit could be bad for your health