express– Environmental activists and local protesters have long fought back against the cruise industry in Venice, which brought 1.6 million passengers to the ornate floating city in 2019 alone. From today, cruise ships over 25,000 tonnes will be banned from Venice’s central canal.

Instead, work is being fast-tracked on a port with cruise passenger facilities in nearby Marghera.

It is hoped that the ban on ships will help ease environmental pollution, both to the surrounding water and the air, in the popular tourist hotspot.

Local protests also say that the cruise ships have added to erosion among its buildings and structures due to creating high waves.

Jane Da Mosto, director of ‘We Are Here Venice’ told BBC News: “They brought a significant amount of fear and hopelessness because every time we saw one of these ships coming towards us in Piazza San Marco it brought to the front of our minds just how little everybody cares about Venice as world heritage and about environmental and social justice in general.”

Now, the biggest ships will be diverted to Marghera port situated on the mainland around 15 minutes from Venice.

The decision was confirmed at a meeting of Prime Minister Mario Draghi’s cabinet.

It comes amid calls for Venice to be added to UNESCO’s list of endangered heritage sites.

“The decree adopted today represents an important step for the protection of the Venetian lagoon system,” the Italian Prime Minister said in a statement.

However, local workers say that the decision has been made too quickly.

“Such a decision taken so quickly without planning is absurd,” commented Antonio Velleca who works as part of the Association of Luggage Handlers.

“In our opinion it is evil and a crime against the workers.”

Francesco Galietti, who works as part of Cruising Line International Association, says that the industry and passengers “care a lot about Venice”.

He added that ship’s do not want to contribute to environmental damage.

“The ban is just part of the more comprehensive development. The way we look at this is the Italian government has finally said that Marghera is the solution and the government, the authorities are going to build passenger facilities at Marghera,” he said.

“We as an industry are very happy that there is an alternative way for cruise ships of any size to get to Venice without having to go down the Giudecca Canal, and so this is very welcome news for us.

“For many years we have been accused of not wanting to do something when in reality we had no other alternative.”

He continued: “We care lots about Venice and that is why we have been asking to go somewhere else and that’s what we are finally getting, in terms of actual impact there are several commonplaces which have been proven wrong by third party evidence.

“Turns out that the peak of pollution in Venice occurred in the years when there was absolutely no cruise ship in Venice at all.

“There are several others of these instances, of examples that can be used.

“We care a lot and we do not want to be weaponised or to have those examples weaponised against us.” 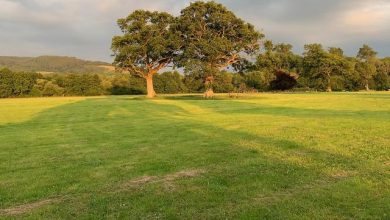 When is Ryanairs Cyber Week sale, and what deals can you expect?

How to get 90% off selected hotels – by doing ONE thing