A top Russian Orthodox clergyman has warned of the “danger” of cryptocurrencies and modern financial instruments, saying its virtual nature makes it unpredictable and a tool for “usury.”

“I personally think that cryptocurrency is a new financial bubble, a new Ponzi scheme, behind which there is nothing,” said Bishop Hilarion, chairman of the Department of External Church Relations of the Moscow Patriarchate, in an interview with Russia 24 channel.

Hilarion, who serves as the public face of the Orthodox Church, said crypto money was not a new phenomenon, but an extension of financial practices which have been developing for centuries.

“This innovation is representative of the entire banking system, where real assets are converted into virtual ones. This paves the way for usury, which the church has always spoken out against, but can do nothing about – we all have to keep our money in banks,” said the Oxford-educated clergyman.

“Cryptocurrencies are another step in this direction – now with electronic numbers instead of paper. We see that among a certain group of people, these cryptocurrencies have value, but this is divorced from reality and this is perhaps the greatest danger.”

Hilarion added that since abandoning the gold standard, the US Dollar also operates on collective trust not collateral, and noted that just like with bitcoin and other cryptocurrencies, control is not centralized, with many in use outside American jurisdiction. 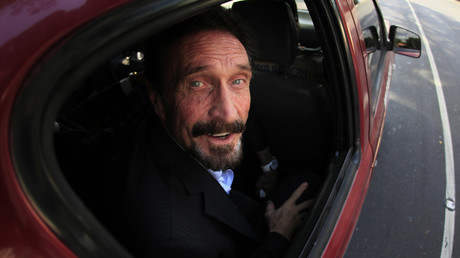 “But now there are more dollars in the world than any gold reserves could guarantee,” said Hilarion. “In a way the dollar is already a cryptocurrency. We don’t know how that currency is controlled, how its price rises and falls, and even how many dollars are in circulation”

Despite personal reservations, Hilarion said the church has so far held back from issuing a definitive ruling.

“We must concentrate our efforts on examining the moral side of cryptocurrency. And at some point in the future the church will have to express its opinion on this phenomenon,” said the bishop, who is also a renowned theologian and church musician.

When asked about his personal interactions with cryptocurrencies, Hilarion said that he has “not yet been asked to bless anyone’s mining operation,” and hesitated to say whether he would ever agree to do so.