About 50 former amateur rugby players have seized World Rugby, as well as the English and Welsh Federations, in anticipation of a possible trial, claiming that these bodies had not done enough to protect them from concussions. “No matter what level of game you have played or play, whether in school or as an adult, as a professional or an amateur, male or female, we unfortunately see the same alarming neurological impairments at all levels of the game” , explained Richard Boardman, of the law firm Rylands Garth which represents these amateur players.

Question of Life or Death

“It is a matter of life or death for many. The vast majority of current and former players we represent love the game and do not want it to be harmed in any way,” he continued. In this group of amateur players are several former internationals now retired, but also elite players who practiced rugby before it turned professional in 1995, players who played in the youth categories, as well as the family of a rugby player who died of chronic traumatic encephalopathy (CTE).

Their aim is to obtain damages for themselves and their families and to try to make the sport safer for future generations. Law firm Rylands Garth already represents more than 275 former professional athletes with concussions, including Steve Thompson, winner of the 2003 Rugby World Cup in England who testified in the press to suffer from dementia praecox, and Ryan Jones, former Wales captain.

According to a study published in October by the University of Glasgow, former international rugby players are two and a half times more likely than the general population to develop neurodegenerative diseases. World Rugby chairman Bill Beaumont addressed the issue of player welfare in an open letter published on Wednesday, ahead of 2023, the year of the World Cup being held in France from September 8 to October 28. “We have set out to make 2022 a year of focus on wellbeing in rugby and I am proud of what we have achieved together,” he said. But we must not and do not want to stand still. »

“This year will be marked by independent, peer-reviewed research around our smart mouthguard studies. This data will provide insight into the game like never before and serve as the foundation for further advances in wellness laws, protocols and guidelines,” Beaumont added.

On Thursday, without a priori having any connection with this letter, the English federation announced that tackles above the waist will no longer be authorized in school and university rugby from July. “Findings from our own research and that from around the world show that lowering the level of tackle reduces head impact exposure and reduces the risk of concussions,” said RFU President Nigel Gillingham.

This article is originally published on 20minutes.fr 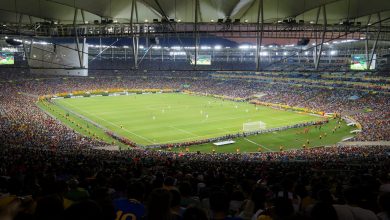 Rio’s Maracana Stadium to be renamed in honour of Pele

From the Archives: The greatest says goodbye