rfi– Nice boss Christophe Galtier warned his players they would have to produce their best form for Wednesday night’s Ligue 1 clash against Marseille.

“Marseille are one of the teams that will rival Paris Saint-Germain for the title this season,” said Galtier who led Lille to the 2021 Ligue 1 crown.

“They are playing in Europe and are already in the places for next season’s European competitions … so we will have to be in great shape to be able to compete with them.”

The game on Wednesday night will be played at Troyes behind closed doors after Ligue 1’s disciplinary watchdogs sanctioned the sides following the game at the Allianz Arena in Nice in August.

The match was abandoned in the 75th minute with Nice leading 1-0 after fighting broke out between players, coaching staff and fans on the pitch.

The brawl erupted when Nice supporters confronted the Marseille midfielder Dimitri Payet for hurling a bottle back into the crowd which had hit him as he prepared to take a corner kick.

Payet was given a suspended one-match ban for his gesture. Payet’s teammate, Alvaro Gonzalez, was slapped with a two-match suspension for scuffles with supporters in the ensuing melee.

And the Marseille fitness trainer, Pablo Fernandez, was suspended from the bench, the referee’s dressing room and all official functions until 30 June for hitting a fan.

Nice were docked one point and told another would be taken off them if there was any further crowd trouble at their ground.

“There’s no element of revenge for us,” added Galtier. “We’ve had to accept the punishments and get on with it. The game at Troyes isn’t the most important but it is an important match.”

Nice will go second and lie six points behind pacesetters Paris Saint-Germain if they win. Marseille will move to within seven points of PSG should they triumph.

“Nice are a team that can score at any moment,” said Marseille boss Jorge Sampaoli. “They’re also solid defensively.  We’ll definitely have problems if we don’t control the game.”

Raising hell: Folau’s self-sabotage will lead to catastrophe for rugby

Hes gonna be a superstar: 19yo Juve striker Kean nets for 5th straight game in win over AC Milan 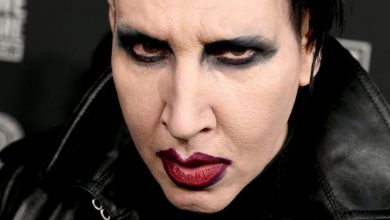