Lots of sightseeing destinations in Japan come with some sort of qualifier. Akihabara should be on your itinerary if you like anime, for example, and you won’t want to miss the town of Hakone if you’re interested in onsen hot springs.

Hiroshima Prefecture’s Miyajima, though, is absolutely worth visiting, regardless of what specifically drew you to Japan. The mountainous island is covered with centuries-old shrines and lush forests, and wild yet calm deer walk through the town where the ferry port is located. And then there’s the sight of Ikutsushima Shrine’s torii gate rising from the waters of the bay, one of the most iconic views in all of Japan.

When the tide is low, you can actually walk all the way out to the base of the torii, where travelers routinely snap close-up photos of its orange-painted timbers.

But because the lower part of the gate spends much of the day underwater, the wood is cracked and warped in spots. Unfortunately, some tourists have taken to cramming coins into the cracks, creating an unsightly mess that can’t be good for the torii. Japanese Twitter user @riyusuisuiriyu recently tweeted a photo of the current state of the torii, along with a plea to stop the practice. 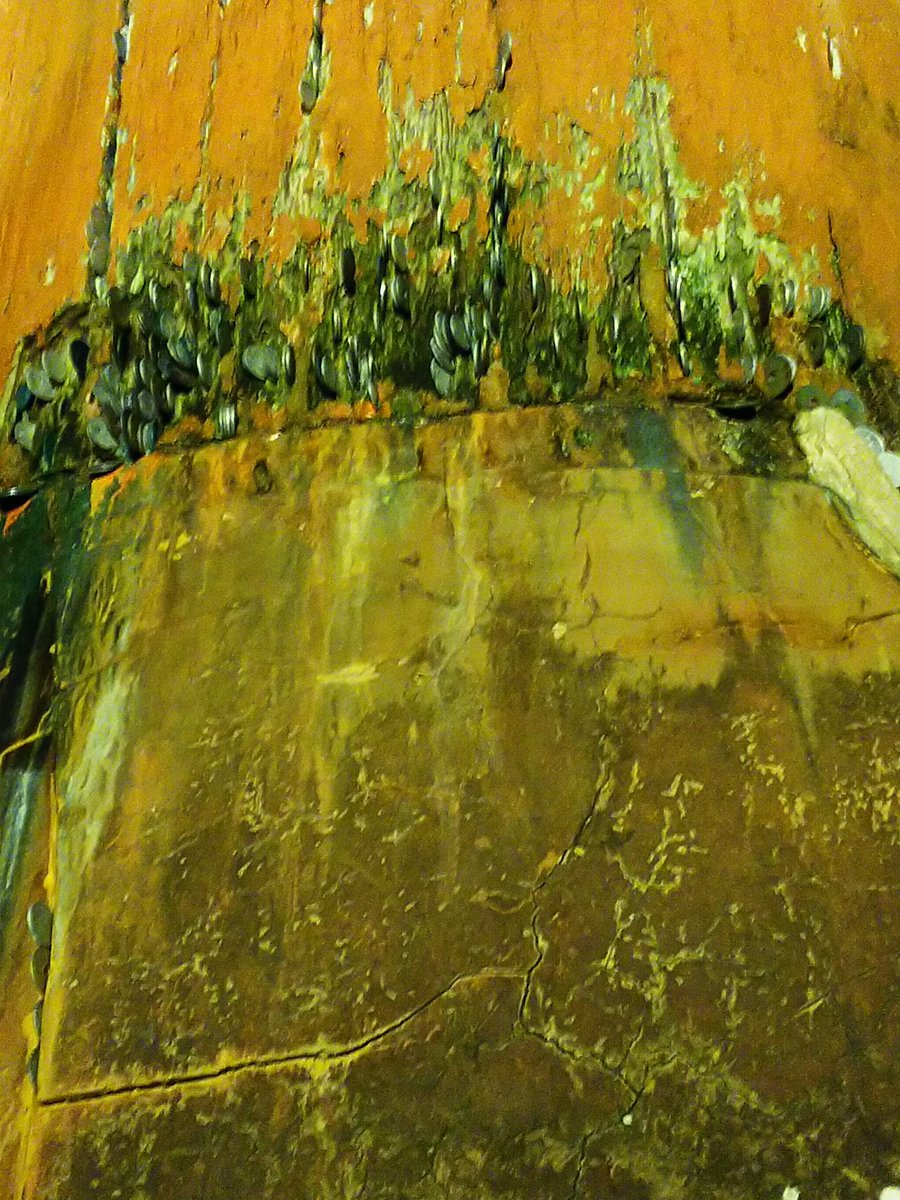 “If this keeps up, the torii might collapse…Look at all those coins. People wedge them in the cracks, and then the cracks get bigger…I’d hate to see this torii, which is part of a UNESCO World Heritage site, disappear. Remember, this is a shrine, not an amusement park.”

It’s worth noting that Japan does have a long-established practice of donating coins to shrines and temples, which is often thought to bestow good luck, health, or other benefits upon those who toss a coin into the collection box in front of the altar. Odds are people began jamming coins into Miyajima’s torii as an extension of that custom, but the Shinto faith doesn’t recognize or encourage this as proper donation protocol, and it can’t be good for the torii.

Internet reactions to @riyusuisuiriyu tweet ranged from shocked to angry.

“It’s terrible that the poor torii has to put up with that.”

“You have to be really dumb to think this would bring you good luck.”

“Doing that has got to earn you some bad karma.”

So remember, when you visit Miyajima and want to bring some of its mystical energy home with you, put your coins into the actual collection box at the shrine’s entrance (which is just a short walk from the torii), or even better, buy yourself an omamori charm, and just let the torii keep doing what it’s meant to do: stand.

— Motonosumi Inari Shrine: a site of beauty in Japan that tourists are yet to discover

The holiday snap that could land you in JAIL – are you guilty of it?