Toyota executives had a moment of inspiration when the company first developed the Prius. That moment, apparently, has long passed.

The Prius was the world’s first mass-produced hybrid car, years ahead of its competition. The first model, a small sedan, was a classic Toyota, a reliable vehicle tailor-made for commuting. After a major overhaul in 2004, sales took off. The Prius’ Kammback profile was instantly recognizable, and the car’s combination of fuel economy and functionality was unparalleled. People grabbed them. Even celebrities looking to spruce up their environmental credentials were won over by the car. Leonardo DiCaprio appeared at the 2008 Oscars in one.

As the Prius’ hybrid technology refined over the years, it began to appear in other models, from the small Prius c to the three-row Highlander. Even the company’s luxury brand, Lexus, has hybridized several of its cars and SUVs.

For years Toyota has been a leader in green vehicles. Its efficient cars and crossovers offset the emissions of its large trucks and SUVs, giving the company a fuel efficiency advantage over some of its competitors. As of May 2012, Toyota had sold 4 million Prius family vehicles worldwide.

The following month, Tesla introduced the Model S, which dethroned Toyota’s hybrid as a leader in green transportation. The new car proved that long-range electric vehicles, while expensive, can be both practical and desirable. Advances in batteries have promised to cut prices, ultimately bringing electric vehicles to price parity with fossil fuel vehicles.

But Toyota misunderstood what Tesla stood for. While Toyota invested in Tesla, it saw the startup not as a threat but rather as a small player who could help Toyota fulfill its EV mandates. In some respects, this view was justified. For the most part, the two did not compete in the same segments, and Toyota’s global volume eclipsed that of the small American manufacturer. Plus, hybrids were just a stopgap until Toyota’s hydrogen fuel cells were ready. At this point, the company believed that the long range and rapid refueling of hydrogen vehicles would make electric vehicles obsolete.

Yet Toyota had not understood the subtle change that was taking place. It’s true that hybrids were a bridge to cleaner fuels, but Toyota overestimated the length of that bridge. Just like Blackberry rejected the iPhone, Toyota rejected Tesla and electric vehicles. Blackberry believed the world would need physical keyboards for many years to come. Toyota believed the world would need gasoline for several decades to come. Both were wrong.

By focusing on hybrids and betting its future on hydrogen, Toyota now finds itself in an awkward position. Governments around the world are set to ban fossil fuel vehicles of all types, and they are doing so much sooner than Toyota had expected. With prices for electric vehicles falling and charging infrastructure expanding, fuel cell vehicles are unlikely to be ready on time.

In an effort to protect its investments, Toyota has lobbied intensely against battery electric vehicles. But is it already too late?

After spending the last decade ignoring or rejecting electric vehicles, Toyota now finds itself lagging behind in an industry that is rapidly preparing for an electric, not just electrified, transition.
Toyota’s fuel cell vehicle sales haven’t set the world on fire – the Mirai continues to be a slow seller, even when it comes with thousands of dollars worth of hydrogen, and it’s unclear so its attractive but slow redesign will help. Toyota’s forays into electric vehicles have been timid. Initial efforts focused on solid-state batteries which, while lighter and safer than existing lithium-ion batteries, have proven difficult to manufacture cost-effectively, as have fuel cells. Last month, the company announced it would launch more traditional electric vehicle models in the coming years, but the first won’t be available until late 2022.
Faced with a losing hand, Toyota is doing what most big companies do when they find themselves playing the wrong game: is fight for a game changer.

Toyota has lobbied governments to relax emissions standards or oppose the phase-out of fossil-fueled vehicles, according to a New York Times report. Over the past four years, Toyota’s political contributions to US politicians and PACs have more than doubled. These contributions have also put the company in hot water. By donating to members of Congress who oppose tougher emission limits, the company has funded lawmakers who opposed certification of the 2020 presidential election results. Although Toyota has promised to ‘stopping doing so in January, she was caught donating to controversial lawmakers as recently as last month.

Toyota has also started a campaign of FUD – fear, uncertainty and doubt – to portray electric vehicles as unreliable and unwanted. “If we are to make dramatic progress in electrification, huge challenges will have to be overcome, including refueling infrastructure, battery availability, consumer acceptance and affordability,” Senate told the Senate. Robert Wimmer, director of energy and environmental research at Toyota Motor North America. in March.

While such a FUD may have worked in the past when electric vehicles were expensive and charging networks were scarce, it is less efficient today and will likely be moot in a few years. Consumers are not fooled either. According to recent surveys, between 30% and 40% of consumers say their next purchase will be an EV. Some are following through with their decision sooner rather than later: Plug-in vehicle sales in the United States have more than doubled over the past year, compared to just 29% growth for the rest of the market.
Both of these growth charts may sound familiar to former Blackberry executives. While Blackberry sales continued to grow after the introduction of iPhone and Android devices, for several years, in fact, they were not enough to save the company. The market had changed, but Blackberry did not adapt quickly enough. Today, Blackberry’s market share in handsets is effectively zero.
The automotive market is moving more slowly than the mobile phone market, so Toyota still has a few years to raise the bar. But its hurdles are higher: the company will have to deploy billions of dollars over several years to develop a new vehicle. Toyota does not seem willing to embark on electric vehicles today, despite the signals the market is sending it. It is not surprising that the company used arbitrators. 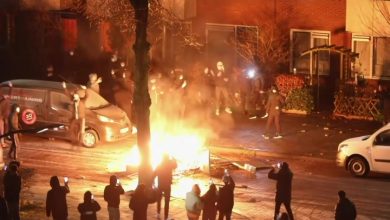 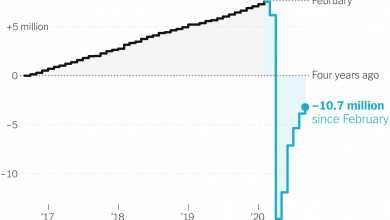 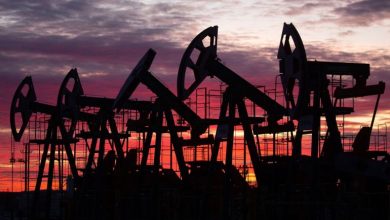