Top Italian chef Massimo Bottura, whose Osteria Francescana was named the world's best restaurant last year, is in talks to open a community kitchen in Paris that would serve the homeless and other people in need.

"Discussions are under way to set up a canteen in the basement of the Madeleine Church," Jean-Francois Rial, chief executive of the group Voyageurs du Monde, told AFP.

"It is still just a project, nothing is done but discussions have been positive with the association" that manages the existing restaurant in the church.

For more than 40 years, the Foyer de la Madeleine, an associative restaurant, has been serving lunch for about 9 euros on weekdays in the vaulted basement of the Madeleine church.

But people in need pay just one euro.

Bottura, along with Rial and French artist JR, is piloting the project under his "Food for Soul" nonprofit organisation which fights food waste and social exclusion.

Born out of an initial project in Milan in 2015, the top chef created his first canteen during the city's expo, with international chefs cooking meals for free from surplus ingredients and serving them to homeless and other disadvantaged people.

Since then, the group has opened a number of canteens in Italy and recently opened a project in London.

The project in Paris, if successful, would open sometime in March and would serve between 70 to 90 people every night.

"It will not be a soup kitchen but high-quality cuisine, made by chefs trained by French-starred chefs" who will cook from unsold ingredients, Rial said.

Set in the heart of Modena in northern Italy, the Osteria already boasted three Michelin stars before it snapped up first prize at the World's 50 Best Restaurants Awards in June 2016 thanks to a creative cuisine that reinvents Italian traditional dishes. 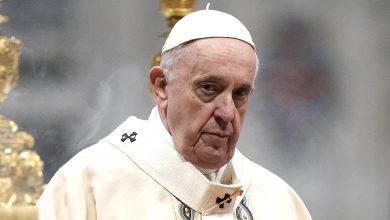 Health risk or national treasure? Why France is warring over wine