North Melbourne coach Brad Scott admits hes made a mistake by playing too many of his new recruits too soon, as he laments the teams poor start to the season.

The Kangaroos will be looking for their first win on Saturday night when they host Adelaide at Marvel Stadium, having begun the year with losses to Fremantle, Brisbane and Hawthorn.

The club targeted and successfully acquired five players from other teams during last year's trade period – Jared Polec, Jasper Pittard, Aaaron Hall, Dom Tyson and ruckman Tom Campbell, all of whom have played in the early stages of the season.

But Scott admits it could be too much change too soon.

“Its probably taken a little bit longer for us to gel as a team than I anticipated,” the coach said before training on Wednesday.

“With bringing in seven or so new players and really wanting to inject Bailey Scott and Tarryn Thomas into our team in addition to five other players from other clubs I thought we could bring them together a little quicker than we have.

“I've still got in conjunction with our coaches, some work to do on that.”

Despite the absence of inside grunt from Jed Anderson – who will return this week barring a training mishap – and Ben Jacobs, the mainstays of Arden Streets midfield has been performing strongly this year.

Best-and-fairest winner Shaun Higgins was again outstanding against the Hawks with 36 disposals and a goal, followed closely by Ben Cunnington, whose 33 disposals in round three added to his tally of 36 the week before.

But, according to the coach, its been the new boys who have found it harder to hit their straps in a different environment.

“I can make excuses for some of the boys at the moment, because its not ingrained in them and it's taken us a long time to build a system of play that all our players now find second nature.

“But for the new boys its been a slight challenge for them.

“Thats been in hindsight a bit of an error on my behalf because I probably brought them all in at the same time because I anticipated we could gel a lot quicker.''

Scott will hope that Andersons return will be complemented by the inclusion of Sam Wright, who hasnt played since last season, although the coach admitted that hed have to do everything on the track to prove his fitness. 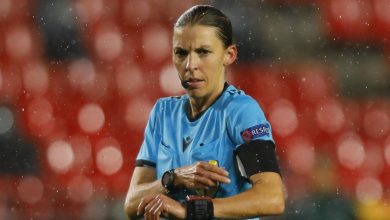 Renault boosted by Ricciardo form ahead of home Grand Prix