America, and the rest of the world, is closely watching the progress of a large body of migrants travelling northwards from Central America; so, when one of their number gave birth, it made the news. Unfortunately, the details were somewhat misreported, leading to this correction. 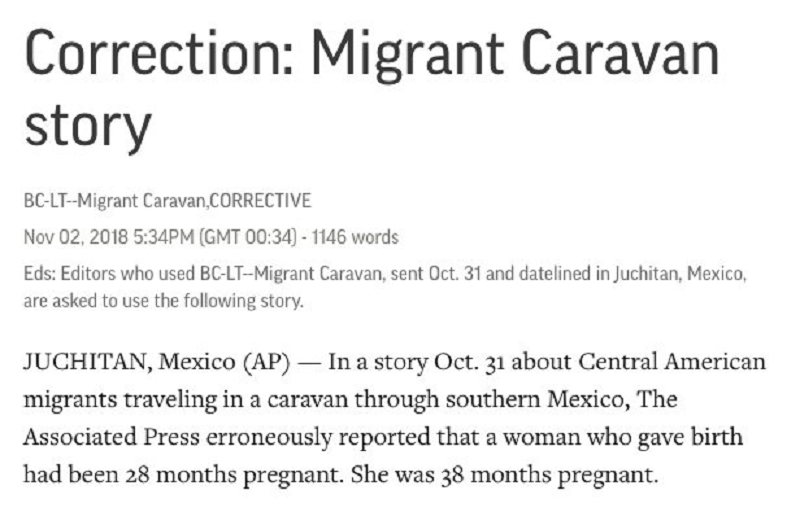 Lets take a closer look, shall we?

Now, an elephant typically gives birth after a 24-month pregnancy and a black Alpine salamander after 36 months, but no human has ever maintained a pregnancy for even one year, never mind more than three. Weve watched Donald Trump make some outrageous unsubstantiated claims about the caravan, but this beats them all.

I think were going to need another correction @AP pic.twitter.com/GCy93EUdrO

As someone only 5 months pregnant, I find this correction deeply upsetting. Please tell me I dont have another 33 months of this.

Whilst others unpicked the broader implications.

This baby is going to be a whopper

no wonder Trump is terrified

The 13th trimester is always the worst

— The War on Thanksgiving is Real (@SequentAgentMan) November 3, 2018

However, it seems that the anomaly hadnt exactly jumped out at everyone.

The reason Im a writer and not an editor is I had to read this like 10 times to find the error.

Update: They have corrected the correction! pic.twitter.com/rUX2rPgHmQ

In case you were still worried that this had been some sort of alien child, here she is. Her name is Guadalupe and she was born on Halloween. 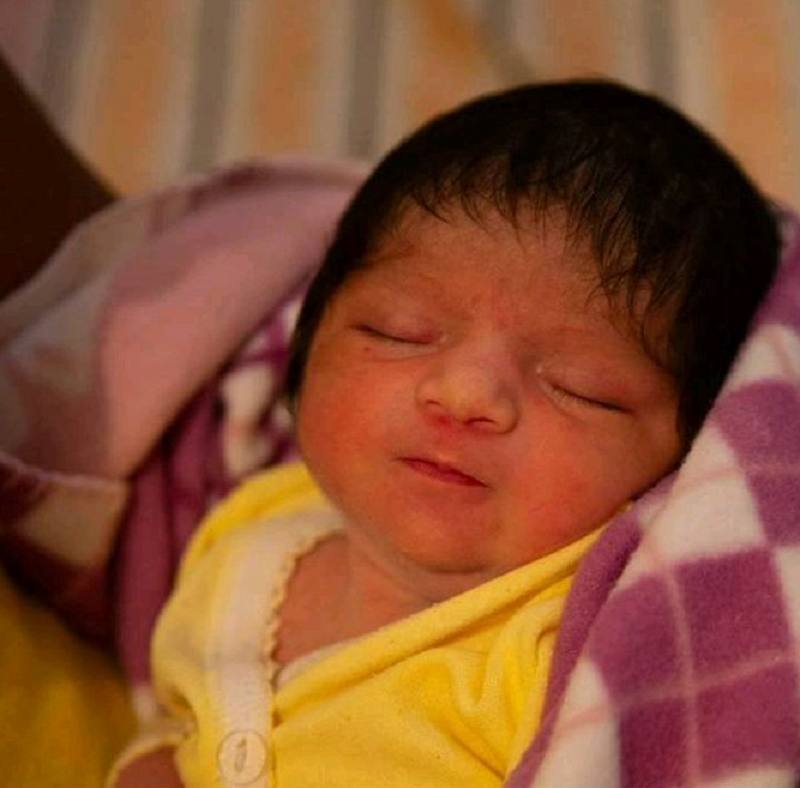 All together now – awwwww.