Noura Hussein was imprisoned in Omdurman, Sudan, in 2017 after fatally stabbing her husband, who she says raped her as his relatives held her down.A judge sentenced her to death last week after her husband's family refused an option to pardon her and rejected financial compensation, requesting that she be executed instead."Applying the death penalty to a young girl who was treated so appallingly would be deeply unjust," a spokesperson for the Office of the United Nations High Commissioner for Human Rights said in a statement Wednesday."This is an opportunity for the Sudanese authorities to show they do not condone rape in any shape or form, and save the life of a young woman whose existence has already been devastated for reasons largely beyond her control at a very young age."The case has cast international scrutiny on women's rights in Sudan, where the legal age of marriage is 10 and marital rape is legal. Forced to marry at 15, Hussein ran away from home and sought refuge with her aunt for three years. She was tricked into returning by her father, who handed her over to her husband's family.Opinion: In the US and Sudan, women face similar hurdleActivists said Sudanese security forces went to the office of Hussein's lead attorney on Wednesday and prevented him from holding a news conference, in what activists described as an intensifying campaign of intimidation. UN Women, the United Nations Population Fund and the UN Office of the Special Adviser on Africa have called for clemency, along with thousands of people who signed an online petition calling for Hussein not to be executed. 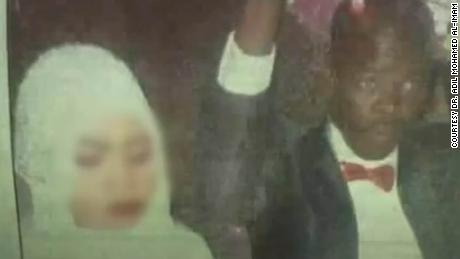 The US State Department said it is closely following the case. But it stopped short of opposing the death penalty. "We echo the statements of many in the international community and within Sudan, condemning early and forced marriage and violence against women and girls. "We have raised this case with the government of Sudan, and note that it is still going through a judicial process; we look forward to an appropriate resolution of her case, consistent with Sudan's international human rights obligations."Earlier Wednesday, a spokesman for UN Secretary-General António Guterres said he disagrees with the sentence."The secretary-general opposes the death penalty on principle and is against the death penalty ruling that was handed down in this case," spokesman Farhan Haq told CNN.