If you've always wanted to chill on the pristine white beaches of the Maldives or penguin spot in Antarctica, you better go sooner rather than later.

These jaw-dropping destinations are just two travel hotspots that are disappearing due to climate change.

Icebergs are beginning to melt and collapse causing Antarctica's scenery and wildlife to decline rapidly.

As the giant ice blocks vanish into the sea it will cause low-lying destinations like Venice and the Maldives to flood.

Here are just a few of the worlds most majestic places that could disappear in the next few decades:

BEAUTY: These stunning destinations will soon disappear into the sea (Pic: GETTY )

SINKING: The Maldives is the lowest country on Earth and could soon be submerged under the sea (Pic: GETTY )

With sugar-soft sand and crystal-clear waters, the Maldives has thrived as a honeymoon hub. But the 1,190 coral islands make up the lowest-lying country on Earth – with an average elevation of around five feet above sea level.

This means the tropical location could be completely engulfed by water within the next 100 years if sea levels continue to rise.

The risk has become so great the Maldivian government has purchased land in other countries for citizens who face displacement.

So if you want to experience the stunning destination you better go soon.

ROMANCE: Venice is sinking and could be in ruin by the end of the century (Pic: GETTY )

Places to visit before they change forever

Make sure you visit these incredible places before they change forever. 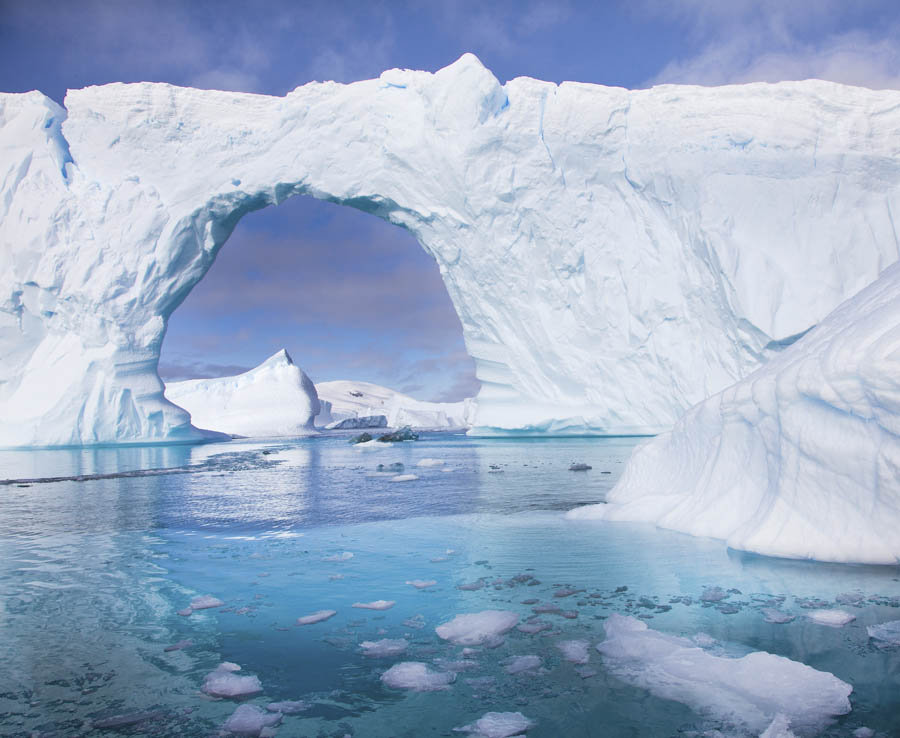 Antartica: Although the continent wont disappear completely the West Antarctic Peninsula is warming faster than most other places on earth

The winding waterways make Venice so charming, but it also might be its downfall.

The romanic Italian city has long been sinking, but the increasing number of floods means the destination might be in ruin by the end of the century.

ENDANGERED: The ice caps in Antarctica are melting at a rapid rate (Pic: GETTY ) Related Articles

If you've always wanted to see penguins and kayak round the icebergs on a whale spotting trip, you should get booking.

Sadly this icy wonderland is slowly disappearing and considered to be one of the places most affected by climate change.

Icebergs are beginning to melt and collapse and the native wildlife is in danger of losing its habitat.

RELAX: The Dead Sea is believed to have healing properties (Pic: GETTY )

Bordered by Jordan and Israel, tourists flock to float in The Dead Sea. But in the last 40 years the natural wonder has shrunk by a third and sunk 80 feet.

Experts believe it could disappear in as little as 50 years, due to neighbouring countries drawing water from the River Jordan (the Seas only water source).

Located off the coast of Cairns, the Great Barrier Reef is the largest coral mass in the world. The 133,000 square mile reef is also home to an abundance of wildlife.

But sadly environmental corruption has been slowly eroding the beautiful structure. The combination of rising ocean temperatures and pollution could mean the Great Barrier Reef is destroyed within 100 years.

WORN: The Seychelles' beautiful beaches are being eroded away (Pic: GETTY)

This tropical paradise in the Indian Ocean is made up of around 115 islands and boasts numerous luxury resorts.

But the picturesque beaches are in danger of erosion as the coral in the surrounding oceans dies off. Experts believe that the entire archipelago could be submerged in 50 to 100 years.

SCENIC: The Glacier National Park in Montana is being effected by rapid climate change (Pic: GETTY )

Once home to more than 150 glaciers, Montanas majestic national park now has fewer than 25.

Rapid climate change could see that number shrink to zero by 2030, which would not only leave the park without a glacier, but also severely disrupt its ecosystem.

If youre looking for more wanderlust here are the 15 best island destinations in the world.

Take a ride on Carnival’s ‘first rollercoaster at sea’