To counter a possible new large-scale Russian offensive by next spring, Ukraine hoped to obtain Western tanks – in particular the German-designed Leopard 2s – at the meeting of the fifty countries that support it, held on January 20. in Ramstein [Germany], under the presidency of Lloyd Austin, the American Secretary of Defense. It will still have to wait, even if the United Kingdom and France had already promised it 14 Challenger 2s and AMX-10RCs respectively [considered as “light tanks”].

However, before this meeting, Poland had said it was ready to deliver 14 Leopard 2PLs to the Ukrainian arm. And Finland had not ruled out the idea of doing the same. However, for such a transfer to take place, the agreement of the German government is required. However, the head of the latter, Chancellor Olaf Scholz, does not wish to give it. At least for the moment.

According to German Government

According to German government sources quoted by the Wall Street Journal, Germany could accept the delivery of Leopard 2 to Ukraine only on the condition that the United States does the same with its M1 Abrams tanks.

But for American defense officials, the Ukrainian army would not have the capacity, in the current state of its situation, to implement Abrams. Because it is not enough to give weapons… It is still necessary to be able to appropriate them, maintain them and repair them if necessary. It is a “very complicated and expensive tank, which requires difficult training”, summarized Colin Kahl, number three of the Pentagon. Also, Washington preferred to emphasize artillery and infantry fighting vehicles [IFVs], such as Bradleys and Strykers.

That said, the Ramstein meeting was an opportunity to move the lines. And the Ukrainian president, Volodymyr Zelenski, had previously put pressure on Berlin. “There are times when we should not hesitate or compare ourselves,” he said, by videoconference, on the sidelines of the Davos forum.

Only Germany, where the government coalition is divided on this issue, maintained its position… And no agreement could be reached on the delivery of tanks to the Ukrainian army.

“We cannot say today when [a decision will be made] and what the decision on the Leopard tanks will be,” Boris Pistorius, Germany’s new defense minister, said after the meeting. “We don’t hesitate, we simply weigh the pros and cons […] We have a responsibility to think carefully about the consequences for all parties to the conflict”, he then justified, before assuring that “the ‘impression’ that Germany is the only one opposed to delivering tanks to Ukraine is ‘false’.

“A lot of allies share [our] opinion” and “there are good reasons to be for and good reasons to be against these deliveries”, Mr. Pistorius then explained. “It was quite clear that opinions are not as uniform as the impression given so far,” he concluded.

In any case, Poland is getting impatient… to the point of considering doing without German authorization to sell its Leopard 2s to Ukraine. “We are offering 14 tanks. But at the same time, we must be sure that others will do the same. And the least proactive, so far, to put it mildly, are the Germans. This is why we will continue to put pressure on the German Chancellery to respond to our proposal as soon as possible,” said Mateusz Morawiecki, the Polish Prime Minister, a few hours before the Ramstein meeting.

And this one to warn: “The consent [of Berlin] is a secondary question here. Either we obtain this authorization quickly, or we will do what is necessary ourselves” because the “ability to defend freedom in Ukraine may depend on it, and therefore the security of all of Europe will depend on it”.

In the meantime, kyiv does not lose hope of achieving its ends. “Yes, we will still have to fight for the delivery of modern tanks, but every day we make it more obvious that there is no other solution than to take a decision on tanks,” said indeed declared Mr. Zelinski, during the meeting of Ramstein.

This article is originally published on opex360.com 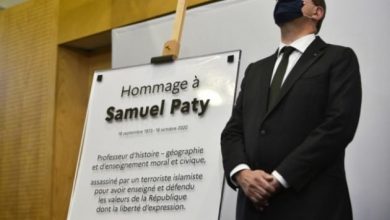 Qatari-Bulgarian relations based on mutual respect and co-operation 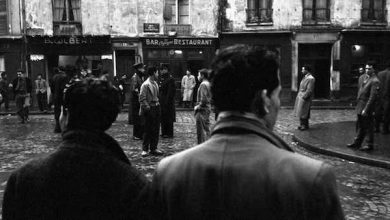