As Peruvian authorities detained opposition leader Keiko Fujimori on Tuesday night for a new 15-month jail term, the politician published a pre-recorded video alleging "persecution" and vowing to "end her silence" on the case.

A judge on Tuesday afternoon ordered her detention as prosecutors continue an investigation for alleged money laundering.

She had already spent 13 months in jail, but Peru's top constitutional court ordered her release in November. Prosecutors appealed that decision.

In the video, which was published on Facebook and appeared to have been recorded earlier on Tuesday, Fujimori said she would "give a political response to this political persecution."

Her message is a significant shift in strategy. In November, Fujimori said she would lie low and dedicate herself to her family, but is now vowing to aggressively defend herself politically and publicly.

"This isn't justice," Fujimori said, before describing a forceful defence. "As woman, as wife, as mother, I am going to bring out all the strength that I have."

She said her husband would seek support from foreign governments and organisations to support her release.

Fujimori, the daughter of imprisoned former President Alberto Fujimori, has not been officially charged.

Prosecutors allege she took money from embattled Brazilian firm Odebrecht to finance a presidential campaign while pretending it came from other sources.

Odebrecht has admitted to bribing scores of politicians throughout Latin America, and three of Peru's former presidents have received jail orders for their ties to the company.

Fujimori and her allies allege this crackdown amounts to a criminalisation of politics, while others say Peru is finally cleaning up its act on combating systemic corruption.

Either way, prosecutors have aggressively gone after top politicians but in most cases have not filed formal charges. 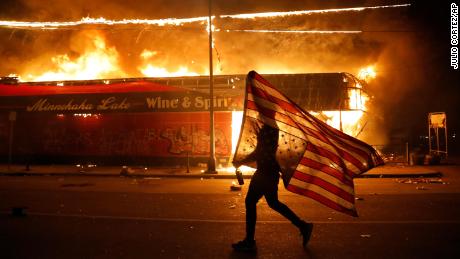 As coronavirus cases skyrocket, US marks July 4th with pleas for people to skip the parties

Avalanche in Colorado partially buried a snowmobiler, and it was all caught on video