She had just left to pick up some food on our last morning in Hawaii when she came back way too early and with a frantic look on her face. "Did you hear about the ballistic missile alert?" I had just rolled out of bed and was brushing my teeth. I just stared at her. Then she told me that she had gotten an emergency alert on her phone that told everyone to seek shelter and a missile was on its way to the islands. "EMERGENCY ALERT: BALLISTIC MISSILE THREAT INBOUND TO HAWAII. SEEK IMMEDIATE SHELTER. THIS IS NOT A DRILL." (8:07 a.m. PST) I checked my phone. I had not gotten the alert, but I immediately took to Twitter because that's where information gets shared the fastest. Those were the longest few minutes I can remember. There was a brief period when we couldn't confirm whether the alert was real. I kept scrolling through my feed, but only everyday civilians in Hawaii seemed to be saying anything and everyone was asking this same thing. "What is happening? Is this real?" Lacking any other credible information, we started to act as if a nuclear missile was heading straight toward us. An emergency alert banner scrolled across the television screen and it said to seek shelter and stay away from windows and doors. As my wife and I scanned social media, we turned the television to a kids' show in the hopes of shielding my seven-year-old son from news that death might rain down from the skies in a few minutes. I had not seen the cartoon before, and I remember thinking, "Is this really the last thing I want to see on television before I die?" Finally, after a relatively brief but still seemingly interminable amount of time, some unconfirmed reports of a false alarm started popping up. But not before they evacuated our hotel. I threw on some shoes and I remember this frozen moment where I debated about what to bring in case everything got destroyed. The only thing I picked up was my wedding ring. 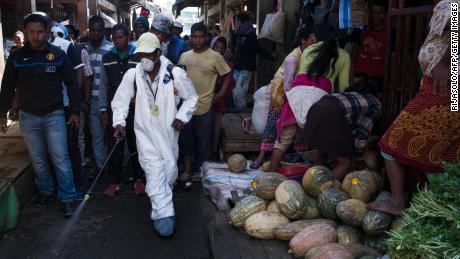 In the hallway, we ran into a trickle of people coming out their rooms. Most folks were not frantic, just confused and concerned. I don't have any prior experience with a ballistic missile threat, but they seemed pretty calm given the circumstances. I actually didn't evacuate. I stayed in the elevator lobby. More and more unconfirmed reports of a false alarm had started appearing, so I was increasingly convinced that we were not in danger. Even if we were, I figured the best place was indoors, not outside. Finally, 38 minutes after the initial alert, we got another message. EMERGENCY ALERT: THERE IS NO MISSILE THREAT OR DANGER TO THE STATE OF HAWAII. REPEAT. FALSE ALARM (8:45 a.m. PST) Hotel officials instructed everyone to go back to their rooms and that regular operations would resume shortly. "Sorry about the nuclear missile alarm. Nothing to see here. Everybody get back to having fun!" Now I'm just trying to let it all sink in. My wife is still dazed. My son was confused but back to watching cartoons. It was our last day here, so we finished packing and checked out of the room. The event is now a memory, but the feelings persist. As I reflect on the ballistic missile threat, I am mindful of those around the world who live under the specter of death on a daily basis. From civil wars, to drone attacks, to terrorism, some people endure this kind of stress daily and in much more threatening circumstances. What made this experience even more surreal, though, was enduring what we thought was a life-threatening moment along with thousands of other people. When countless people face the same morbid situation in an instant, there's a collective sense of shock and even support. Of course, I hugged my wife and reminded my child that I loved him. I think that's a common experience for a lot of people who contemplate their mortality and the fragility of life itself. Afterwards, my wife went out and got breakfast as planned. When she got back she said everyone was joking about not dying. Even on social media, the memes and gifs have already started to appear. A psychologist friend of mine calls this "trauma laughter." It's a way of coping with an immensely stressful situation by making light of it. Through all of the misinformation, bewilderment and anxiety of a ballistic missile threat, I am thankful for my Christian faith. Not that Christians want to die, but there's a comfort in knowing that Heaven awaits if you do. As I write this, officials are saying it was "human error." Someone pressed the wrong button. I'm going to need a better explanation than that. It sounds like officials are eager to make sure this never happens again, too, so I look forward to learning what exactly happened. The worst part is that these threats have real validity because of the president we now have. I'm not trying to make a political point, necessarily, but leadership matters. The immature messages the current commander in chief has sent to North Korean leader Kim Jong Un made a ballistic missile attack on an American territory seem extremely likely.I hope our nation's citizens and lawmakers realize how quickly and devastatingly things can go wrong on an international scale and work to reduce the threat. Life is not perfect, but it can be good, and we can spend our days making it better for our loved ones and others. 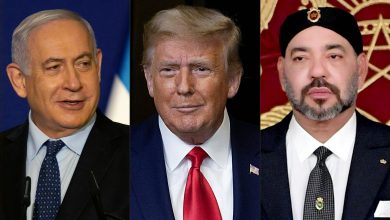 Thrifty traveller who spent £1,709 going to ten places abroad shares how to make your money stretch