"There isn't a lot of clean-up because there doesn't seem to be a lot of spillage," one senior official said. "The feedback we are getting from the Europeans is that they are relieved. They were worried he was going to give away the store and he didn't. So they aren't thrilled with the optics, but they are fine." The immediate diplomatic reaction to Trump and Putin's press conference was scathing. European envoys offered assessments that ranged from "frightening" and "devastating" to "an abomination," with some raising the need to create new strategies to deal with the US as a now less-than-reliable ally, perhaps even an adversary. Trump's endorsement of the Russian President over his own intelligence services and his failure to confront Putin on key issues such as Crimea and the Novichok poisonings in the UK signaled to many that he was giving Putin carte blanche to do what he wants.But days after the summit it seems the level of alarm has subsided a little.US Ambassador to NATO Kay Bailey Hutchinson and John Huntsman, US ambassador to Russia, briefed NATO ambassadors of the North Atlantic Council, the principal decision-making body within NATO, about the Helsinki talks in Brussels on Tuesday. Beyond that, the State Department said that there has not been any high level engagements on the matter.Another senior administration official said that Europeans are seeing Trump's comments at the press conference as "a performance for domestic political consumption which they already anticipated." 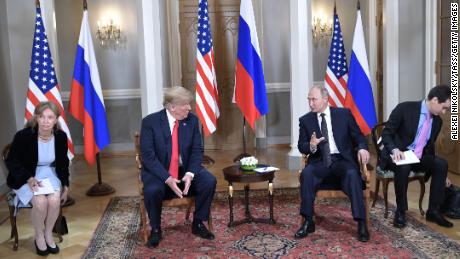 "The summit itself was meaningless," the official said. "It's being discounted." The official's comments echoed that of a Western diplomat, who predicted that any commitments Trump made to Putin at the summit would not lead to tangible changes in US policy toward Russia.The diplomat, who called Trump's performance at the press conference with Putin "pathetic and devastating," said the one "silver lining is that nothing will come out of this summit" because Trump never follows through on what comes out of the meetings with world leaders."Putin probably thinks the whole thing was a joke. Even if he wanted to get something from Trump, it never goes anywhere," the diplomat said. "And he doesn't know anything on substance. So even if you accept that strategy, how does he negotiate?"A senior State Department official said neither the administration nor its allies sense the "climate of crisis" being portrayed in the media or by lawmakers on Capitol Hill. "Our relationship with Russia and our positions are the same today as they were on the 15th," the official said. "The Helsinki meeting was an opportunity to see where the relationship could go in the future." 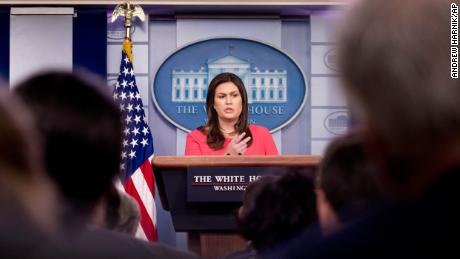 However, there is concern that so little is known about the substance of what Putin and Trump discussed in their private meeting with only translators present. State Department spokesperson Heather Nauert said there were three proposals discussed at the meeting that the US is "currently assessing." According to Nauert, the proposals included establishing a high-level working group with business leaders from both countries and an "expert council" that would include political scientists from the US and Russia, current and former diplomats as well as former military officials — similar to an initiative between the US and Soviet Union years ago.Lastly, Nauert said officials from the US and Russian national security councils would meet to discuss "follow-up meetings.""These are certainly all modest proposals," Nauert said. "The President had said going into this that we wouldn't solve all the world's problems in one meeting, in one conversation with the Russian government, but we think it's a pretty good place to start."

Fly to the moon in virtual reality