A newborn baby was rescued from her grave hours after her family buried her alive, apparently in the mistaken belief she had died. Police are investigating the incident.

The baby was born in Canarana, in central west Brazil on Tuesday. Her mother, a 15-year-old who gave birth in the bathroom, said the baby fell on the bathroom floor and hit her head, Globo reports. The mothers grandmother, Kutz Amin, later told police she thought the baby had died as it didnt cry.

The police received an anonymous tip that a babys death wasnt reported to the authorities.

Searching the garden that night, police recovered what they thought was a body. Video of the investigation shows two police officers digging. Suddenly, they hear a little sound coming from underground, and when they pulled the baby out, she was still alive.

The baby, who still had her umbilical cord attached, was rushed to the hospital in an ambulance. She was placed in intensive care and had suffered two fractures to her skull.

Police are investigating the circumstances surrounding the burial, and say its possible that family members may have attempted to kill the baby by burying it.

“The child was buried around 2pm but we were only called to investigate the incident late that night,” Canaranas military police chief, João Paulo Bezerra do Nascimento, said. “This was worrying because it was many hours after the event. By the time we arrived we never expected to find the child alive.”

Doctors initially said the infant was in stable condition, but her health has since deteriorated, Olhardirecto reports, and she now requires surgery. The teenage mother has also been hospitalised due to complications following the birth.

The family are indigenous and the grandmother said she followed traditional customs in burying the infant in the backyard. According to police, she also told them she believed the baby had died from premature birth. However, a medical evaluation found the baby was full term. The woman now faces attempted murder charges, Globo reports. 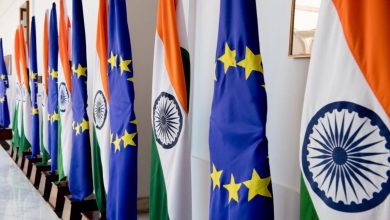