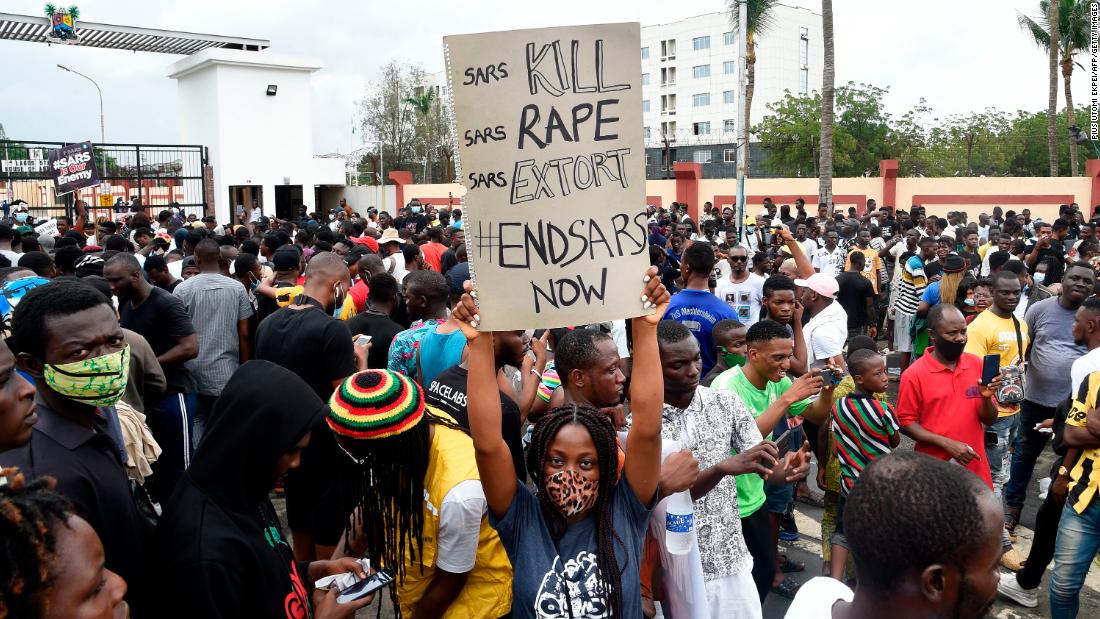 Protesters have staged daily marches nationwide for a week, calling for an overhaul of police forces. Police have responded to the demonstrations with beatings, tear gas and gunfire, which human rights group Amnesty International said had killed at least 10 people.The protests have prompted a raft of announcements. The Special Anti-Robbery Squad (SARS), a police unit that demonstrators have long accused of beatings, killings and extortion, was officially disbanded on Sunday.On Tuesday, police agreed to stop using force against protesters. They also announced the formation of a new unit, the Special Weapons and Tactics team (SWAT), to "fill the gaps" left by the disbanded SARS.But protesters said on Wednesday they feared the new unit will simply be a rebranded version of SARS.Hundreds gathered on Wednesday in the capital Abuja, as well as megacity Lagos and Warri — both in the south — to press their calls for police reforms."What they do is… give them new uniforms, call them a different name, but they are still the same people in these police forces," said blogger Folu Oyefeso, in Lagos.Demonstrators in Lagos, who gathered despite heavy rain, sang, danced and chanted. Many held placards, including one that read "Stop killing our dreamers. #EndSARS now.&quoRead More – Source

‘President’ swears himself in at mock inauguration ceremony