Security forces have continued their nationwide crackdown on safe houses and individuals believed to be affiliated with the Islamic State. Several raids were carried out this past week, resulting in at least twelve individuals believed to have Islamic State affiliations having been detained, the majority of which have been described as foreigners.

Security forces also continued their long-standing nationwide crackdown on safe houses and on individuals believed to be affiliated with the Kurdish political and/or militant opposition. Several raids were carried out this past week, resulting in at least 90 arrests. A significant portion of the arrests have publicly been described as being in relation to an attack on a domestic revenue service office in the Cukurambar area of Ankara. Turkish security authorities have stated that the explosion was an attack which was perpetrated by Kurdish nationalists. Independent Turkish media has reported that the explosion was caused by a faulty gas line.

The Turkish military incursion into Kurdish controlled enclaves in Syria, which began on January 19th, is still ongoing. Turkey and its backed militia groups face fierce resistance from members of various battle hardened Kurdish militias, not least of which is the People’s Protection Units (YPG). The YPG claims to have repelled a number of Turkish-backed offensives against Kurdish lines.

In the past week, Turkish military operations, with the support of affiliated militia groups, have ramped up in the contested border area. Reports indicate that Turkish forces secured multiple villages in the Afrin Canton previously held by the YPG. Among the towns and villages fallen to the Turkish advancements are Xelil Kalko, Bak Ubasi and Sate. The YPG has only non-specific statements in regards to territory lost to the advancing Turkish forces.

YPG, with the support of affiliated militia groups, have responded with a wide counter offensive. As part of this counter offensive the YPG claims to have recaptured Mount Barasaya, Qorne, and Shengal. Turkey has only made non-specific statements in regards to territory lost to the YPG’s counter-offensive.

On January 27th, the Turkish government called on the US to withdraw troops stationed in Manbij. The US has responded in the negative, stating that it has no intention of withdrawing its troops. US troops operate in a frontline supportive capacity alongside YPG forces as part of the US support for the Syrian Democratic Forces (SDF) coalition. The primary purpose of the US support for the coalition is to counter the remains of the Islamic State.

On January 29th a Turkish military convoy heading towards al Eis passed by the town of Qammari, and was fired upon by Syrian government troops. Qammari is located on the Syrian government side of the conflicted area. Multiple reports state that Turkish forces responded to the attack by shelling Syrian government forces positions in the immediate area.

On February 2nd the Turkish military deployed heavy artillery, 203mm US-provided M110 self-propelled howitzers (SPHs), to provide fire support against Kurdish positions. The M110’s were deployed in addition to the four 155 mm T-155 Fırtına SPHs already in use by rear Turkish positions. The M110’s were dispatched to the area on January 28th, but were not utilized until February 2nd.

Fierce fighting between militia groups supported by the Turkish government, and the YPG has been reported in the town of Meranaz. Turkey has claimed that 802 “terrorists” had been “neutralised”, an average of 75 day, during the operation so far. As both sides are only haphazardly reporting their casualty numbers, and then always low numbers, it is at present difficult to grasp the casualty rates. However, eyewitness reports state that both sides are suffering heavy casualty rates.

Turkish Air Force struck at least eight ground targets in northern Iraq. These targets included shelters, hideouts and arsenals, and were described as belonging to militants. The Iraqi regions struck were Zap, Avasin, Basyan, and Hakurk.

Security forces continue their operations against the Muslim Brotherhood (MB), and associated organizations, throughout the country. In the past week several raids have been conducted against believed safe houses and individuals with alleged MB affiliations. According to reports, the raids resulted in at least 10 individuals arrested.

Security operations continue along the Egyptian-Libyan border area with the Egyptian Air Force striking Salafist-Jihadist group convoys crossing from Libya to Egypt. The border land, on the Libyan side, has become a haven for emerging new militia groups, including the al Qaeda-linked group Ansar al-Islam.

The Shi’a al Houthi militia in Yemen continues to send ballistic missiles aimed at population centers in Saudi Arabia. The majority of incoming missiles are reportedly shot down by the Saudi surface-to-air system (SAM), operated by the Royal Saudi Air Defense forces, which consists primarily of a series of US provided MIM-104 Patriot systems. The al Houthi tend to utilize variations of Soviet-era designed ballistic missile systems. One such example is the Qaher-1 missile, which is an improved variation of the Soviet SA-2 short to medium range ballistic missile design. There were no casualties reported this week in relations to al Houthi missile strikes.

Cross-border activities between Saudi and Yemeni militia groups continue to be an ongoing concern. The so called “no mans land” that makes up the border between the two countries is riddled with landmines from past conflicts, which often cause collateral for patrolling border units. The positions of the landmines are largely unknown even by the organizations that placed them, as the movement of the sand often displaces the mines. Al Houthi forces often use the area to launch rocket attacks against Saudi targets.

The Saudi Ministry of Health (MoH) has stated that it had detected two new cases of the Middle East Respiratory Syndrome Coronavirus (MERS-CoV) between January 30th and February 2nd.

Shia government opposition groups continue to call for nationwide protests, but have so far failed to reach a critical mass with the majority of resulting public gatherings containing less than fifteen people. Security forces made minor arrests relating to Shia opposition groups. The government is however reporting that a noteworthy increase of Shi’a militia and government opposition violence occurred throughout 2017. This trend is expected to continue throughout 2018.

Israeli Foreign Ministry spokesman Emmanuel Nahshon stated that the Israeli Embassy in Amman will be “gradually reopened” after a diplomatic spat between the two countries. As of yet, no new ambassador has been appointed. 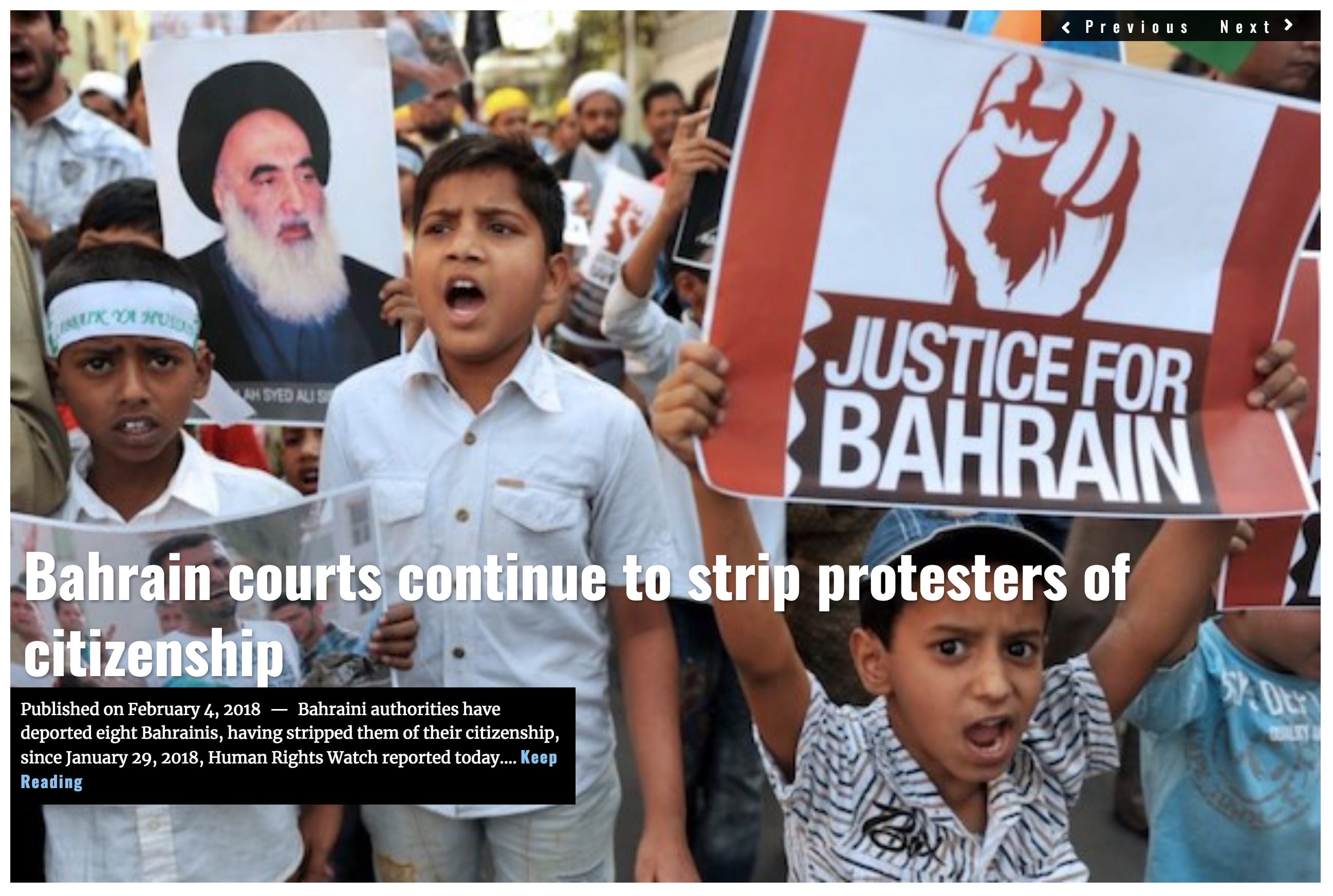 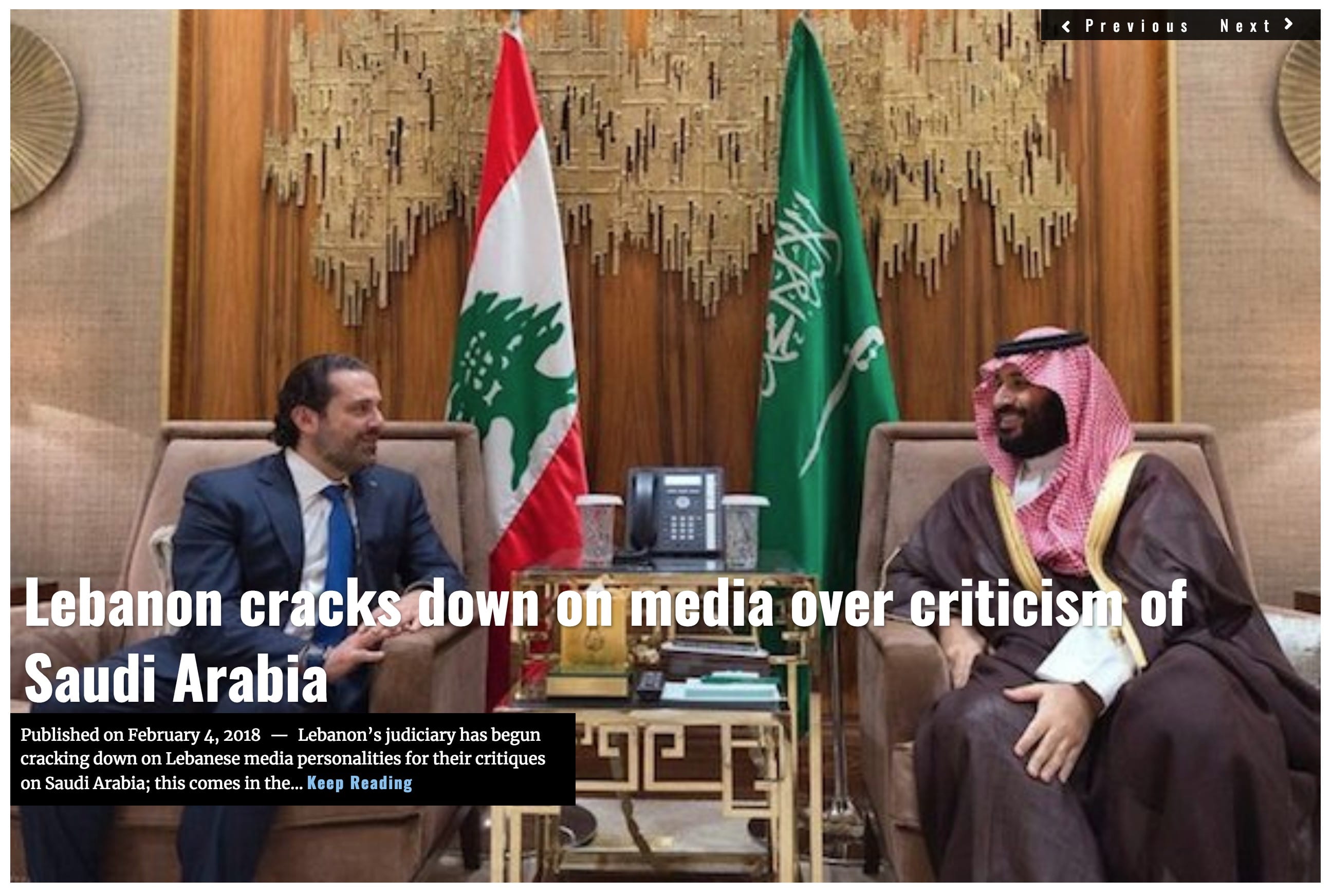 WHO preparing for worst-case Ebola scenario

Hundreds killed in attack on villagers in Mali