express– The Duchess of Sussex and Prince Harry’s cousin are expanding their families as both announced their pregnancy in the past few months. However, the happy news were eclipsed by rumours that Eugenie felt overshadowed as the Sussexes announced they were expecting their second child just days after she welcomed her firstborn.

But according to a family friend, it is likely the baby news brought Eugenie and Meghan closer.

The source told People: “They would have known about each other’s due dates.

“These times tend to bring families together.

“They are very close. And they are all deciding to go their own route.”

Princess Eugenie and her husband Jack Brooksbank welcomed their son August Philip Hawke to the world on February 9.

The new family are currently settling into parenthood at Frogmore Cottage, the Sussexes’ UK residence in Windsor.

When news of Eugenie and Mr Brooksbank’s move emerged late last year, a source told People the Sussexes were “delighted to be able to open up their home to Princess Eugenie and Jack as they start their own family.”

The move was largely seen as an indicator of Harry and Eugenie’s close relationship.

Royal commentators Omid Scobie and Carolyn Durand described the pair as having “one of the most natural connections”.

In their book Finding Freedom, the authors wrote: “Eugenie had always been more than just a cousin to Harry. They were also the closest of friends.

“Out of all the Queen’s grandchildren, Harry and Eugenie have one of the most natural connections.

“Like Harry, Eugenie is loyal, honest, and great fun. The two had many nights out together in London.”

They added: “Harry had always confided in his cousin when it came to the women in his life.

“Not only did he trust her implicitly, but friends say that she gives great advice and has always been ‘beyond wise’ for her years.” 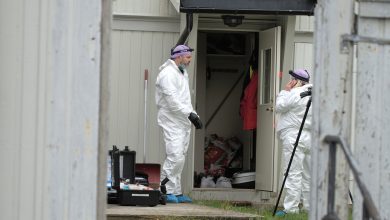 Europe despairs as UK Brexit strategy goes off the rails