French President Emmanuel Macron is set to make his theatrical debut — at least as president — in a performance of Peter and the Wolf due to be held at the Elysee Palace.

The integral role of the narrator will be played by none other than the president of the Republic himself in the Elysee's production of the popular musical tale.

The concert is due to be held on March 1st at 8 pm for an audience of which will include children suffering from illnesses and conditions and members of the presidential palace staff.

And music will be provided by the Republican Guard Orchestra, according to a report in BFM TV.

But Macron won't have long to prepare for his role with just two rehearsals scheduled before the big performance.

Written by Russian composer Sergei Prokofiev in 1936, Peter and the Wolf tells the story of a child who captures a wolf by the tail, with the help of a bird.

Each character is played by a musical instrument while the narrator tells the story.

But this isn't the first time Macron has taken to the stage.

In fact, France's first lady Brigitte directed him in his stage debut as his teacher when he was just 15-years-old. 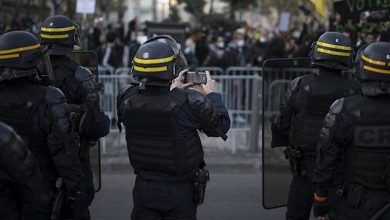