rfi.fr– There is no limit to the number of pilgrims welcome in the French town of Lourdes this year to mark Assumption. But the spectre of Covid-19 is ever present and the majority of Catholic worshippers from abroad have stayed away.

Some 9,000 Roman Catholic pilgrims took their seats to celebrate Sunday’s Feast of the Assumption Mass in Lourdes, south-west France.

“I’m surprised there are so many people. It’s not like other years, but it’s a joy to see all these people,” said 80-year-old Hélène Thurnreiter who had travelled from Mulhouse.

She dedicated her prayers to people who died this year from Covid.

Mass was held by the Archbishop of Paris, Michel Aupetit in the huge St Pius X basilica. He delivered a message of fraternity, the theme of this year’s pilgrimage.

“This theme is particularly important in a damaged, fractured French society, where there is both physical and verbal violence,” said Bishop Olivier Ribadeau Dumas. “Fraternity is always an appeal, it can never be taken for granted.”

Mask wearing is compulsory both inside the basilica and throughout the Sanctuary, but pilgrims are not required to show the health pass which applies when visiting a place of worship but not to religious ceremonies.

Feast of the Assumption marks the ascension of the Virgin Mary into heaven and is one of the most important dates on the Catholic calendar.

Lourdes became a special place for pilgrims after 1858 when a shepherd girl, Bernadette Soubirous, said she had a vision of Mary in a cave.

Sick people and invalids from all over the world travel to the site all year round, touching the walls and kissing the stone, in search of a miraculous cure.

Sunday’s mass is held in several languages, reflecting the fact that 60 percent of pilgrims come from abroad.

But like last year, few foreigners have made the trip due to the Covid-19 pandemic.

Lourdes has the largest number of hotels after Paris but 40 of them are currently closed – a blow for the small town which relies almost entirely on tourism. 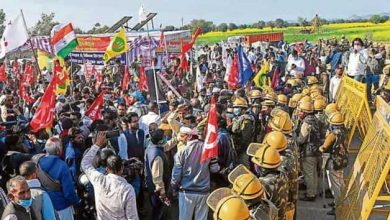 Just how good do French rail workers really have it?