fr24news– Lewis Hamilton signed a one-year contract to stay with the Mercedes Formula 1 squad until the end of 2021, ending a long period of negotiation between the team and the driver

Hamilton, who has driven for Mercedes since 2013 and won six of his seven titles with the team, had already signed multi-year deals with the world champions, but on this occasion he signed up for just one more year. .

Negotiations on his new contract began in December last year and have been the source of much speculation as they have dragged on over the past two months.

While the new deal is shorter than Hamilton’s previous Mercedes contracts, it includes the launch of a joint charitable foundation aimed at supporting greater diversity and inclusion in motorsport.

Mercedes team director Toto Wolff said the foundation was the start of a “longer term project” based on a shared commitment to improving diversity in sport.

Hamilton, the only black driver in F1, has been outspoken about the sport’s lack of diversity and last year set up a commission to increase black representation in British motorsport.

“I am delighted to start my ninth season with my Mercedes teammates,” Hamilton said in a statement from Mercedes. “Our team has achieved incredible things together and we look forward to continuing to build on our success, while continually looking to improve, on and off the track.

“I am also determined to continue the journey we have started to make motorsport more diverse for future generations, and I am grateful that Mercedes has been extremely supportive of my call to address this issue.

“I am proud to say that we are taking this effort further this year by launching a foundation dedicated to diversity and inclusion in sport. I’m inspired by all that we can build together and can’t wait to get back on the track in March. ”

Hamilton’s previous contracts were never announced so close to the start of a new season, but Wolff said the unusual circumstances of last year’s pandemic-hit season have resulted in a number of delays this time around. -this.

“We’ve always been aligned with Lewis that we would continue, but the very unusual year we had in 2020 took some time to complete the process,” Wolff said.

“Together we decided to extend the sporting relationship for another season and start a longer term project to take the next step in our shared commitment to greater diversity within our sport.

“Lewis’s competition record is next to the best the world of sport has ever seen, and he is a valuable ambassador for our brand and our partners. The history of Mercedes and Lewis has been etched in the history books of our sport over the past eight seasons. , and we can’t wait to compete and add more chapters to it. ”

The first race of the 2021 season kicks off in Bahrain on March 28, with Hamilton set to hit the track for the first time this year two weeks earlier in pre-season testing. 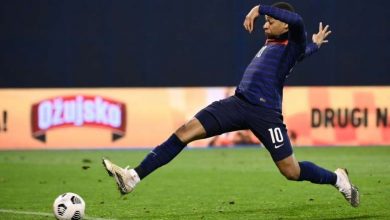