UPDATED: Storm Eleanor lashed France with winds of up to 147km/h on Wednesday morning that brought down trees, left 200,000 homes without power, caused flight delays at Charles de Gaulle airport and forced skiers to remain indoors.

Some 51 departments across France remained on orange alert on Wednesday as Storm Eleanor battered the country with winds of up to 147km/h.

The departments that remained on alert are mostly in the north and east of the country (see map below).

The storm which blew in from the west overnight on Tuesday saw winds of over 100km/h along the north coast. Inland the winds were even stronger with gusts of up to 147km/h recorded in the Nord department.

Trees were blown over leaving many roads blocked, with firefighters called out hundreds of times to remove obstructions. In Alsace, in the east of the country, regional TER trains were suspended after trees were blown onto tracks.

In the northern town of Marchiennes part of the roof of the church was blown off on to parked cars below. Luckily no one was injured.

Some 200,000 homes were left without power across France on Wednesday morning including 50,000 in Normandy. The company Enedis has dispatched 2,000 members of staff to try to restore power. Members of the public have been warned not to touch cables that have been blown over.

Winds of up to 200km/h are expected to hit the island of Corsica later on Wednesday.

In Paris, public transport was disrupted by the wild weather with several commuter train lines hit including the RER C. Flights at Charles de Gaulle airport were also hit badly due to the high winds with many delayed. In the east the airports of Strasbourg and Bale-Mulhouse suspended all flights until further notice, although passengers were told to come to the airports to wait until the wild weather passed.

Authorities took the step o closing all parks, cemeteries and gardens in the French capital due to the risk of falling debris.

All trains between towns in Normandy and Paris were cancelled after trees were toppled by the winds and blocked the tracks. French rail chiefs SNCF fear overhead cables being damaged and blown over so took the step of cancelling all services. Only the line between Rouen and Paris is operating.

Gusts of 108 km/h were recorded in Paris, the strongest winds since storm Xynthia in 2010. At the top of the Eiffel Tower the wind speed reached 140km/h. The tower was closed on Wednesday morning until further notice due to the winds.

The winds blew down scaffolding around a building in the 17th arrondissement, but luckily there were no injuries reported.

In Europe's highest ski resort of Val Thorens in the French Alps, skiers had to be confined to their chalets and apartments due to the dangerous winds. The high ski runs were declared out of bounds on Wednesday and Thursday.

While the orange alerts are in place, the public are advised to avoid any unnecessary travel and be aware of the danger of falling trees.

Those near the coast are advised to stay away from the water's edge due to the risk of huge coastal waves and flooding. 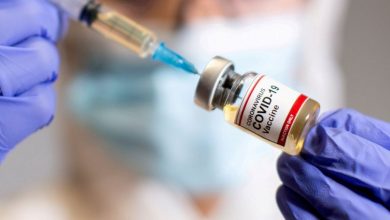