The court has suspended the shutdown pending a February 14 court hearing challenging the decision to take the private stations off air, according to a court ruling.The government cut the television transmission of KTN, NTV and Citizen TV on Tuesday to prevent them from airing the symbolic swearing-in of opposition leader Raila Odinga the same day. Before the court's ruling, the Interior Ministry had said the stations will remain off air as officials investigate the "serious breach of security" after the stations aired footage of crowds gathering for the event. It's unclear whether the government will honor the court's ruling. The court ordered the government to restore all transmissions immediately. The broadcasters' signals were still not available on television Thursday, but the channels were streaming online. Following the shutdown, three NTV journalists spent the night in the newsroom Wednesday, fearful of arrest by police officers they said had camped outside the building. Larry Madowo, Linus Kaikai and Ken Mijungu said they remained holed up in the newsroom after their police sources tipped them that officers planned to arrest all three."We have not broken any laws … we were just doing our jobs and I have no apologies about that," Madowo told CNN by phone from Nairobi. "This is harassment and intimidation by the government. " The Interior Ministry defended its decision to shut down the stations, saying the government had given the media "a full security situation brief well ahead of the illegal activities" of the opposition party. "Unfortunately, some media houses chose to disregard this advice … the government took a decision to shut down the concerned media houses," the Interior Ministry said in a statement. CNN has reached out to the government for comment on the journalists' arrest allegations.

Odinga boycotted the country's disputed election last year, and swore himself in as the "people's president" at a ceremony in Nairobi on Tuesday. Thousands of opposition supporters gathered for the largely peaceful event, and throngs of supporters quickly left the park after it ended. In what appears to be an isolated incident, police fired tear gas to disperse crowds pulling down signs near the park. The incident is the latest public spat between the opposition and the government following the nation's two presidential elections held last year. President Uhuru Kenyatta won a second presidential term with 98% of the vote in a controversial election rerun in November. The election was held after the country's Supreme Court nullified a previous ballot held in August, also won by Kenyatta, over concerns of irregularities.Odinga and his opposition party dropped out of the second vote, claiming the election commission had failed to implement reforms. In a statement Thursday, the US State Department expressed concerns on both the inauguration and the media shutdown. It reiterated that Kenyatta was elected president, and urged both parties to resolve their issues in court. "We reject actions that undermine Kenya's Constitution and the rule of land," the statement said. "We are also deeply concerned by the government's action to shut down, intimidate and restrict the media. Freedom of expression, including for members of the media, is essential to democracy and is enshrined in Kenya's Constitution." Odinga's National Super Alliance (NASA) says it wants to create an alternative government to protest Kenyatta's rule. But the government warned that Tuesday's events amounted to treason. The television channels were turned off at 10 a.m. (2 a.m. ET) Tuesday — a move not seen in the country for years.At least 92 people have been killed during the protracted election period, according to a report from Kenya's National Commission on Human Rights. Follow @faithcnn 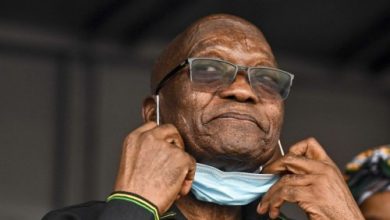