British actress and singer Jane Birkin, whose voice accompanied French crooner Serge Gainsbourg on some of his biggest hits, will publish in September the diaries she has kept since she was 12, she said in an interview published Friday.

"It will certainly not be an autobiography. I'm in the process of translating them myself," Birkin told the French daily Le Populaire du Centre.

She said he had written the diaries until 2013 and the death at 46 years old of Kate, her daughter with English composer and then husband John Barry.

"In these notebooks I don't mention my professional life, my films or my songs at all," said Birkin, 71.

"When Kate died, I lost all my self-confidence as a mother. I didn't know what to do afterwards."

She said that while most of the anecdotes she relates have already been related to journalists over the past 50 years.

"In re-reading them I realised a lack of self-confidence, the terrible shame of my own body, the terror that people I loved would leave me for someone else.

"I hope these diaries can comfort people, by discovering someone completely unstable."

Birkin is remembered by many for her collaboration with Gainsbourg on his 1967 song "Je t'aime… moi non plus" (""I love you… me neither") which was banned in several countries due to its overtly sexual content. 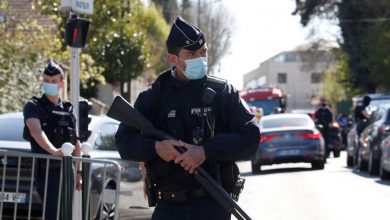 ‘Confessions of the flesh’: French philosopher’s book to finally be published