Numerous studies in the past have suggested that the French are a morose bunch who suffer from "collective depression". But in fact, one in two of them consider themselves to be "happy", according to new figures.

Considering the standard of living and general quality of life available in France, the country regularly scores badly on happiness rankings.

And while the results only show a small upwards shift (one point) on 2016, it marks the first time since 2013 that 50 percent of French people consider themselves to be "happy".

Indeed, eight percent of respondents said they were "very happy" while 42 percent opted for "happy".

The French are also more confident in the future, in total, 26 percent of respondents believed that 2018 would be better than 2017.

Both the happiest and the most confident about the future were those aged 18-24 and those in stable life situations, including executives, people living in couples and those working full-time.

The poll also showed that the French have more and more confidence in the economy, with just 33 percent of people fearing economic difficulties in the future compared to 47 percent last year and 59 percent in 2013.

However despite the shift, when compared to other countries around the world the French are a long way from being the happiest.

The study which covers 57 countries shows that Fijians are the happiest in the world (94 percent), followed by Colombians (89 percent) and the Philippines (86 percent).

In fact, France comes in at a measly 41st place between Brazil and Italy and nine percentage points below the world average of 59 percent.

And the same goes for confidence in the future, with France coming 46th place, just behind Armenia.

But while that may not sound too positive, just three years ago France was in the penultimate place so that's certainly something to smile about. 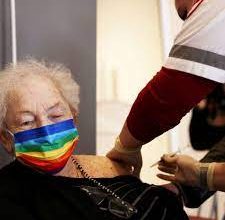 France plans rollout of Covid vaccine booster shots – so far, only for the vulnerable

‘Villages will die’: Why are furious French farmers blockading the city of Toulouse?