Paris authorities threatened sanctions Wednesday against the new operator of the city's Velib bike hire system over a chaotic rollout that has left cyclists seething.

The grey bikes are a familiar sight in the French capital, popular with tourists and commuters alike a decade after the scheme was launched — but now they are virtually absent from the streets.

In October, Socialist Mayor Anne Hidalgo announced a splashy overhaul that would see a third of the bikes replaced with electric ones, with the rest also getting a sleek redesign.

But after weeks of disruption, just 64 docking stations are operational out of a total 1,460 that are supposed to be up and running by the end of March.

Hidalgo told France Bleu radio that city hall officials were "banging our fists on the table at this company", with her transport deputy Christophe Najdovski threatening to hit Smovengo with "penalties".

"It's clear that we are not at all satisfied with the new contractor's performance," Najdovski told AFP.

The Velib consortium also said in a statement that it was considering financial sanctions against the new contractor as frustrations grow among its 300,000 subscribers.

Smovengo has blamed the delays on electrical problems and a legal dispute with JCDecaux.

In addition to seeing most docking stations standing empty, cyclists have been complaining that the mobile app to locate bikes has been crashing and that calls to customer service go unanswered.

Cyclists' group Paris en Selle (Paris In The Saddle) called the situation "a nightmare", saying cyclists should be given three months' free use as compensation.

More than a thousand have signed a petition urging compensation, while angry cyclists have been taking to Twitter in droves.

"Nice app which doesn't work," complained Alexandra Davis, an illustrator and graphic designer. "I've basically been paying for three months for a service I can't use."

Velib is in danger of losing customers to alternative hire companies that have been popping up in Paris such as the lurid green Gobee bikes, which can be left anywhere, located via GPS.

The public hire scheme is nevertheless sticking by its goal of having all its stations operational by the end of March — while admitting the rollout might stretch into early April.

Prices are going up from 29 euros for an annual non-electric pass to 37.20 euros ($45), with authorities arguing the new bikes are lighter and have upgraded features. 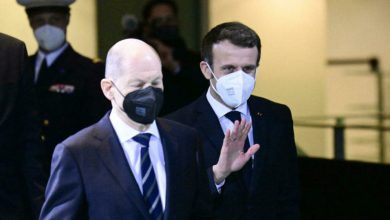