rfi.fr – Italy will impose a five-day quarantine on travellers arriving from other EU countries, both residents and foreigners, according to a source in the health ministry. Germany is, meanwhile, to step up random controls along its land borders to ensure that travellers arriving in the country are carrying a recently-confirmed negative Covid test.

Italian Health Minister Roberto Speranza is expected to approve the five-day quarantine rule later on Tuesday, the source said, although it is not immediately clear when it will come into effect nor how long it might last.

Much of Italy remains under tight coronavirus restrictions as the country battles a deadly third wave of infections, with the whole peninsula facing a lockdown over the three-day Easter weekend starting on Saturday.

The new measure will require anyone arriving from another EU country to show a negative coronavirus test before departing for Italy and a second after five days of self-isolation.

The only exceptions are for reasons of “proven necessity and urgency”, the ministry source told the French AFP news agency.

A quarantine is already in place for visitors from numerous non-EU countries, while non-residents arriving from some other nations are prohibited from entry.

However, the new regulation appears designed as much for foreigners as for Italians seeking an overseas break, after the government confirmed that current restrictions on movement did not include trips to the airport.

“I can’t leave my municipality, but I can fly off to the Canary Islands — it’s absurd,” Bernabo Bocca, head of the federation of Italian hoteliers, told the Corriere della Sera newspaper on Monday.

Italy was the first European country to face the full force of the pandemic and has officially recorded more than 108,000 deaths from Covid-19 so far.

This includes 417 deaths reported in the 24 hours to Monday evening, when a further 13,000 new cases were recorded.

Germany will meanwhile step up random controls along its land borders to check that travellers arriving in the country are carrying a negative Covid test, Interior Minister Horst Seehofer said Tuesday.

“Regardless where you’re arriving from, from Poland, France, or Denmark, everyone should expect to be checked,” Seehofer told reporters. The random checks would occur on German territory after vehicles have crossed into the country.

Along the Czech frontier, hit hard by more contagious virus strains, police will continue to carry out systematic checks, the minister added. 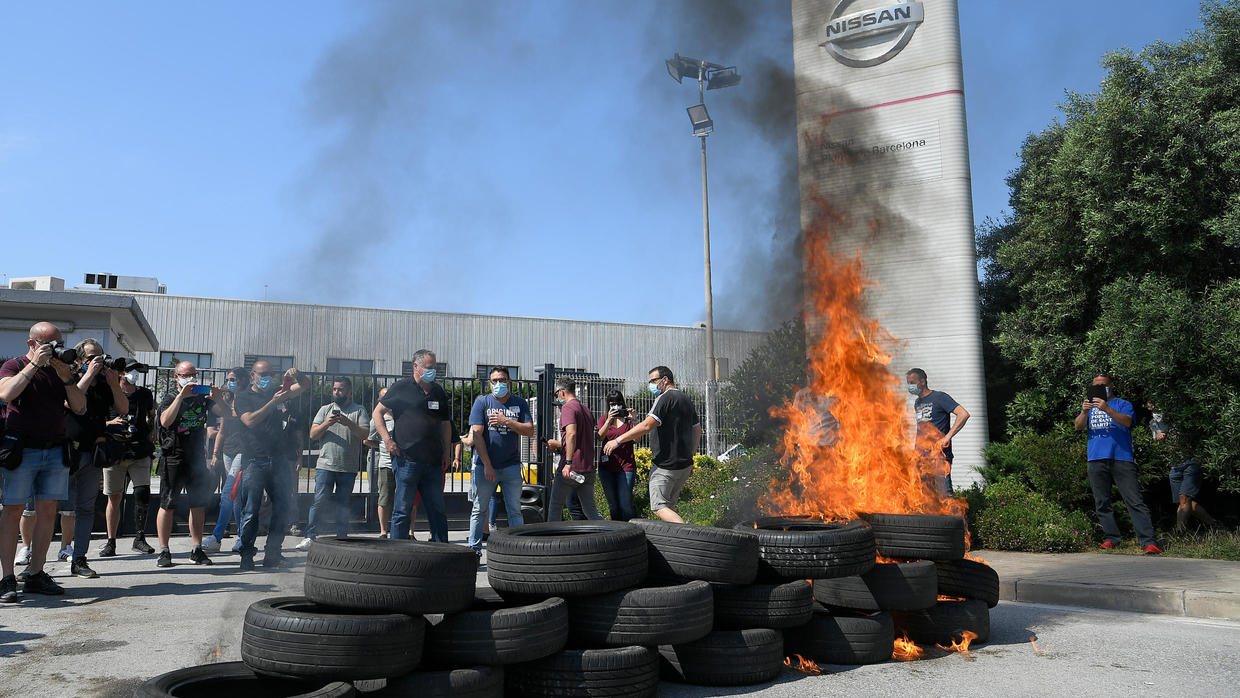 Nissan to shut factory in Barcelona, thousands of workers affected

Swarm of drones lights up the night