express– As the UK inches ever closer to triggering the clause to solve the impasse over the Northern Ireland Protocol – fears are growing of a looming trade war between the two could erupt. The BBC’s political editor Laura Kuenssberg reported yesterday that Boris Johnson “looks set to trigger” the clause of the Brexit withdrawal agreement.

It would allow the UK to unilaterally suspend aspects of the withdrawal.

The EU has already warned that there will be consequences should the clause be triggered – sparking fears about a trade war.

As tensions ramp up between the two sides – it appears that other EU member states – including the Republic of Ireland – fear the fallout could cost them dearly.

Express.co.uk readers were quick to jump on this – gleefully reminding them of the potential cost of any trade war.

“Ireland is going to be suspended from the common market and the customs union.

“That essentially means Ireland will be out of the EU. Irexit is coming, and there won’t be a referendum or any negotiations.

“Especially as they need to get it done before the COVID-19 bailout deal is signed up to avoid picking up a share of the debt.

“No negotiations, no divorce payment, no ‘you can keep fishing in our waters even though we can’t’… it will happen overnight. Just ‘goodbye’.”

Xande1 wrote: “Let’s be sensible about all this ….the EU sell 2.2 trillion in goods and services to the UK……so when push comes to shove what’s more important to the EU, Ireland (population 4.9million) or their 2.2trillion and 100 billion a year trading profits ………..

“Of course they will throw Dublin under the bus.

Pished.Artist said: “The UK has put no financial pressure on the EU.

“They have done it to themselves, no one trusts a liar, and the EU is full of them.”

In a statement, a UK government spokesperson said the preference “remained to find a consensual way forward”, but that Article 16 was a “legitimate safeguard”.

The European Commission will circulate a paper to European capitals next week setting out the options available if the UK triggers Article 16.

Gold is climbing and the dollar is falling 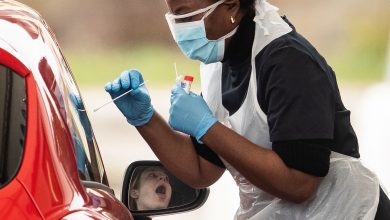