france24– Iran’s President Hassan Rouhani on Saturday accused arch-foe Israel of acting as a “mercenary” for the US, blaming it for the assassination of prominent nuclear scientist Mohsen Fakhrizadeh.

Iran’s clerical and military rulers have threatened revenge for Friday’s killing of Fakhrizadeh, who Iranian media said died in hospital after assassins gunned him down in his car near Tehran.

“Once again, the evil hands of global arrogance were stained with the blood of the mercenary usurper Zionist regime,” a term for Israel, President Hassan Rouhani said in a statement, according to state TV.

“The assassination of martyr Fakhrizadeh shows our enemies’ despair and the depth of their hatred,” Rouhani added. “His martyrdom will not slow down our achievements.”

His killing could provoke confrontation between Iran and its foes in the last weeks of Donald Trump’s US presidency while complicating any effort by President-elect Joe Biden to revive the detente of Barack Obama’s presidency.

‘Serious indications of an Israeli role’

Iran’s foreign minister Mohammad Javad Zarif said on Friday that there were “serious indications of an Israeli role” in the assassination.

The United States slapped sanctions on Fakhrizadeh in 2008 for “activities and transactions that contributed to the development of Iran’s nuclear programme”, and Israeli Prime Minister Benjamin Netanyahu once described him as the father of Iran’s nuclear weapons programme.

The New York Times said an American official and two other intelligence officials confirmed Israel was behind Friday’s attack, without giving further details.

The assassination comes just as Biden stands poised to be inaugurated in January and will likely complicate his efforts to return America to a pact aimed at ensuring Iran does not have enough highly enriched uranium to make a nuclear weapon.

That deal, which saw Iran limit its uranium enrichment in exchange for the lifting of economic sanctions, has entirely unraveled after Trump withdrew from the accord in 2018.

Trump himself retweeted a posting from Israeli journalist Yossi Melman, an expert on the Israeli Mossad intelligence service, about the killing. Melman’s tweet called the killing a “major psychological and professional blow for Iran.”

The attack came just days before the 10-year anniversary of the killing of Iranian nuclear scientist Majid Shahriari that Tehran also blamed on Israel. That and other targeted killings happened at the time that the so-called Stuxnet virus, believed to be an Israeli and American creation, destroyed Iranian centrifuges.

Fakhrizadeh led Iran’s so-called Amad programme that Israel and the West have alleged was a military operation looking at the feasibility of building a nuclear weapon.

Tehran long has maintained its nuclear programme is only for civilian purposes.

The International Atomic Energy Agency (IAEA) says Iran “carried out activities relevant to the development of a nuclear explosive device” in a “structured program” through the end of 2003.

That was the Amad programme, which included work on the carefully timed high explosives needed to detonate a nuclear bomb.

Iran also “conducted computer modeling of a nuclear explosive device” before 2005 and between 2005 and 2009, the IAEA has said. The agency said, however, that those calculations were “incomplete and fragmented.” 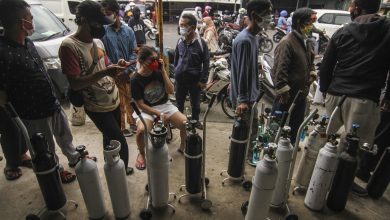