Although perhaps unsurprisingly she says she has never had a response.

This week she took this mission one step further, posting a tweet with screenshots of some of the messages along with the words: "A message for those who care about their kids…or not!"

The messages, which Bellucci says she has been getting from young teens for the past five years, include requests for her to send them nude photos.

The tweet also included a mini-tirade from Bellucci on the subject.

"I'm getting tired of educating your kids. Stop offloading your responsibilities onto sex workers. Yes, access to pornographic content is unfortunately not controlled enough, however do you find it normal to receive regular messages from kids asking for photos, to have sex with them for the first time …," she said.

Macron announced his plan to extend the powers of France's broadcasting regulator CSA to cover X-rated films as well as launch an awareness campaign on pornography in secondary schools.

"The CSA plays an indispensable role in regulating audiovisual content everywhere and stopping the most undignified behavior becoming a form of tacit propaganda," said the president.

"In 2018, under the authority of the Prime Minister and with the special commitment of the Minister of Justice, we will have to rethink the framework of our regulation," Macron said, vowing to tighten controls on all content "which can… lead to violence, in particular against women." 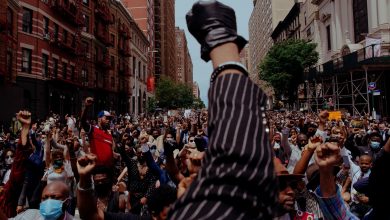 2020: A year of protests and civil disobedience