Teenage sensation Matthijs de Ligt is one of the hottest properties in world football but even he was a little surprised when Cristiano Ronaldo asked him to join Juventus after Sunday's UEFA Nations League Final.

De Ligt, the 19-year-old center-back whose reputation has skyrocketed following a successful Champions League campaign with Ajax, is understood to have several of Europe's top clubs campaigning for his services this summer – and you can now add Cristiano Ronaldo to his lengthy list of admirers.

The Dutchman was part of a rearguard tasked with stopping the ever-dangerous Portuguese star in Monday UEFA Nations League final in Porto.

And while the Netherlands ultimately wound up on the wrong side of the result, Ronaldo was well marshaled throughout by de Ligt and his Dutch teammate, Liverpool's Virgil van Dijk.

So impressive was de Ligt this season that Ronaldo took a moment after the final whistle on Monday to let the Dutchman know that he would be welcome in Turin should there be interest on his part.

When asked if Ronaldo had enquired as to his interest in donning the famous black and white jersey, de Ligt told reporters: "That could be true, yes.

"I didnt understand him at first. I was a little shocked, so I laughed, but I didnt say anything.

"Shortly after the game you are not at all concerned with it, you are disappointed you have lost and that is the only thing you are thinking about."

Despite Juventus' – or rather Ronaldo's – interest, speculation suggests that Paris Saint-Germain and Barcelona are the two most eager suitors for the Dutch wonderkid, though Premier League sides Manchester United, Liverpool and Manchester City are also thought to be monitoring the situation. 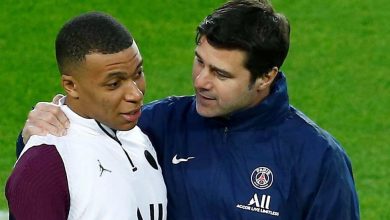