Instead, it has descended into chaos and seen countries such as Tanzania pull out of the games over what they say is poor organization and a lack of communication from organizers. The games kicked off on Wednesday. However, many of the athletes were still hundreds of miles away from the venue, stranded at the Murtala Muhammad International airport in Lagos. The Kenyan team had arrived in Lagos on Monday afternoon but did not leave for Asaba, where the games are being held in southeast Nigeria, until Wednesday. Some of the athletes say they faced visa issues and others were forced to camp at the airport because there were no connecting flights.Photos of top African athletes sleeping on the floor surrounded by their luggage at the airport were posted on social media, sparking anger. Athletics Tanzania decided to pull out of the competition after hearing about the chaos, its secretary said. Major events, including the women's 100-meter race scheduled for the first day, were postponed because of organizing problems, organizers Confederation of Africa Athletics. or CAA, said. The stranded Kenyan athletes eventually traveled to Asaba on Wednesday morning, where they competed in the 10,000-meter race on the same day.Kenya's sports ministry has reacted furiously to the way its athletes were treated and said it would petition the world body, the International Association of Athletics Federation, and the CAA.Some have questioned Asaba's preparedness to host the competition, which serves as a qualifier for the IAAF Continental Cup in Ostrava, the Czech Republic in September. 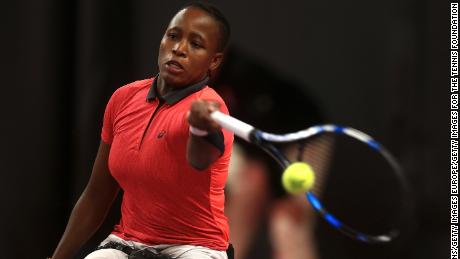 "It is beyond our comprehension why Asaba was given the rights to host an event of this caliber without putting into consideration the logistics around the connecting flights. As a country, we are disappointed we have to go through this kind of treatment, and we intend to petition the IAAF and the CAA over this kind of confusion," Kenya's chief administrative secretary for sport, Hassan Noor Hassan, said in a statement.Wesley Botton, chief sports reporter for The Citizen newspaper in South Africa, tweeted that he didn't have a hotel room nor media accreditation to enter the stadium. "No hotel rooms available and no accreditation for us to get into the stadium, less than an hour before the start of the African Athletics Champs. This mess keeps getting messier. That's my grumpy face #Asaba2018," Botton tweeted.Although, he later added on Twitter that "after a horribly, wobbly start. The local organising committee really pulled through today at the African Championships in Asaba. With all the criticism they've received, glad to see them reacting and pulling up their socks. Great day of athletics."

However, the turnaround was too late for the Tanzanian team, which decided not to take part in the games on Thursday. Athletics Tanzania's secretary Wilhelm Gidabuday said the team made the difficult decision to back out because of concerns over a lack of information about visas. Gidabuday said immigration letters that would guarantee its athletes a visa on arrival in Nigeria were sent a day before the championship. "When the letters were sent, it was even sent via Whatsapp and not email. We saw what happened to the Kenyan team and we can't risk that happening to our athletes. We will wait 'til next year to compete," Gidabuday said.He said even though athletes were supposed to register online for the biannual championship, his team's officials traveled to Nigeria three weeks ago to confirm its participation. "The website was not working, so we traveled to Asaba because we were so keen on participating. We are not angry, but we are disappointed," Gidabuday added.Tanzania's absence at the championship scuttles the team's chances of competing at the 2018 IAAF Continental Cup later this year.But local organizing committee chairman Chief Solomon Ogba at a media briefing Thursday in Asaba said the Tanzanian team confirmed their participation and travel plans at the competition late. "Their decision to be in Nigeria was a late one by them, and that was what affected them. Technically, they were not registered and so it cannot really be classified as withdrawal," Ogba said. According to Gidabuday, he registered five athletes when he visited Asaba in July."I registered them right there in Asaba in July. Why would I have come to Asaba?" he said. "It's not my home. We are not there because the organizers did not send visa invitations on time," he added. 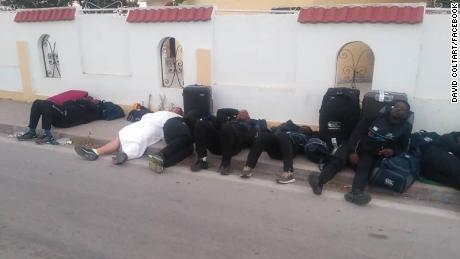 Nigeria's sports minister, Solomon Dalung, said his ministry is unhappy with the complaints it has received from the participants' countries.He said organizers had reassured the ministry ahead of the games that proper travel and accommodation arrangements had been made for the athletes."I came to Asaba a day before the event started to inspect the facilities on arrival. But I started receiving complaints from the countries, especially Kenya, that their athletes were stranded," he said.Dalung said local organizers told him the athletes who were stuck at the airport did not inform the committee of their time of arrival, an explanation, he said, he did not believe."There are some lapses in the organization of Asaba 2018, but many are exaggerated. But I have told the organizing committee to sort all these problems out because this does not paint Nigeria in a good light," he said.

The Delta State Government, one of the sponsors of the event, said hotel arrangements were made for teams transiting in Lagos. Commissioner for Information Patrick Ukah said some participants faced travel difficulties because their arrival plans were not known to organizers."For instance, we were holding a routine meeting at the venue by the weekend when Equatorial Guinea arrived. They didn't take the regular route but drove down through the land borders," Ukah said."It was a surprise arrival but we had to mobilize and settle them, but that could have been a challenge in some other places."