Finland has an unusual coronavirus problem.

A shipment of 2 million protective masks arrived from China this week to help deal with the pandemic. But the government body that coordinates the countrys supply of essential goods — the Finnish National Emergency Supply Agency (NESA) — said on Wednesday that lab tests had shown the masks were substandard and not suitable for hospital use.

Hours later, Tiina Jylhä — a tabloid celebrity, reality TV star and owner of a plastic surgery clinic in Estonia — announced that she had been cheated out of millions of euros for her role in procuring masks.

According to Jylhä, her company, Look Medical Care, had signed a €5 million deal with the Finnish government to get masks from China. But at the last minute, Jylhä told the weekly Suomen Kuvalehti magazine that the money was diverted into the Belgian bank account of Finnish businessman Onni Sarmaste. 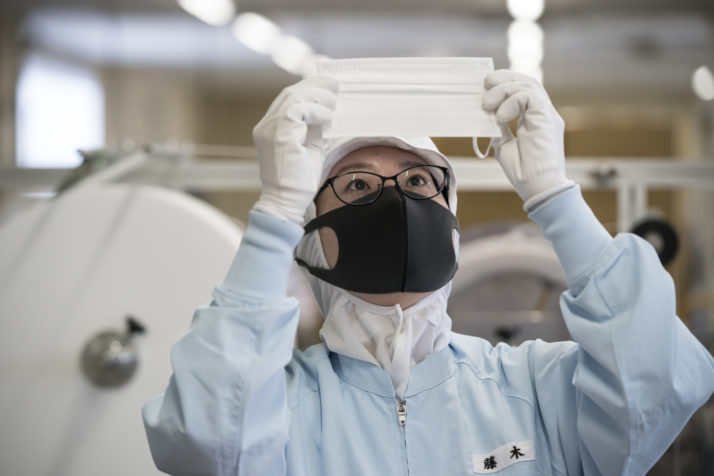 Sarmaste has a different version of events. He claims it was his company that struck a deal with the Finnish government and he had merely contacted Jylhä to enquire about using her clinic as a supplier of masks.

“They said they didnt have the goods,” Sarmaste told Helsingin Sanomat, so he bought the masks from elsewhere.

Sarmaste added that Jylhä and her husband Tape Valkonen had threatened him and hired the Hells Angels biker gang to try to get the €5 million. The businessman said someone tried to break into his apartment in the middle of the night and a stone was thrown through his window. Helsinki police confirmed they are investigating. Jylhä says the accusations are false.

On Thursday, the head of the government agency admitted that corners had been cut as the country raced to get sought-after masks.

In an online press briefing, Tomi Lounema, the CEO of NESA, said the agency had in fact bought protective masks from both Sarmaste and Jylhä. Both deals were worth around €5 million, he said.

“The big, the fast and the rich will eat everyone else. The market is very difficult,” Lounema said.

It will be weeks before Finland can start producing its own masks, he said, and in a rush to replenish depleting stocks, NESA had prioritized delivery speed and price over choosing the most reliable supplier.

Belgium looks to steer away from company cars

Glyphosate is here to stay in EU — at least for now