It was a sad day when the Evangelion shinkansen made its last journey on the rails on May 13. But where one door closes, another one opens, and thats exactly what happened this week, as West Japan Railway finally let us all peek inside their new Hello Kitty shinkansen, which is set to make its debut next month.

The new high-speed train will run on the Sanyo shinkansen line from Osakas Shin-Osaka Station to Hakata Station in Fukuoka, and its all about Hello Kitty helping to “tie and bind customers to the region“ with symbolic bows and ribbons on the outside of the train, and on the inside too.

▼ The carriages will be wrapped in a pink-and-white colour scheme, with Hello Kittys signature bow showcased along the length of a pastel ribbon.

Like the Evangelion shinkansen which came before it, this special Hello Kitty model will have exclusive design features in its first and second carriages. The first car, called “Hello! Plaza” will feature a pastel pink interior, with polka dots, stripes, ribbon and bow accents, and images of Hello Kitty dressed up in her exclusive train-crew uniform. 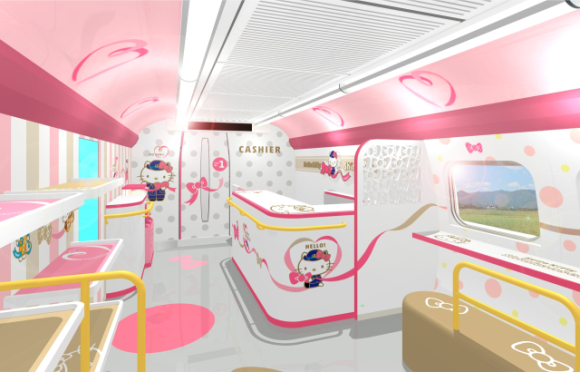 This first carriage is where passengers will be able to take a break, purchase regional-exclusive goods and watch videos promoting various areas in western Japan, starting first with the “Sanin Destination Campaign," which is set to showcase the prefectures of Shimane and Tottori in the Sanin region until September. From October, Yamaguchi will be featured, followed by dedicated goods and video screenings for Osaka, Hyogo, Okayama, Hiroshima, and Fukuoka prefectures later in the year. 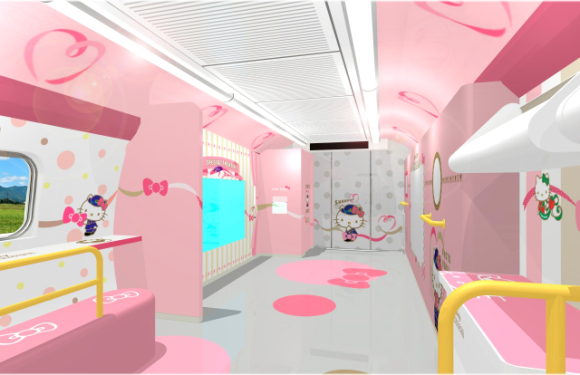 The second carriage, called “Kawaii! Room” will feature a comfortable seating area for passengers, with pink Hello Kitty armrests, decorated windows and floors, and headrests printed with an image of the cute Sanrio character alongside the words “Hello Kitty Shinkansen”. 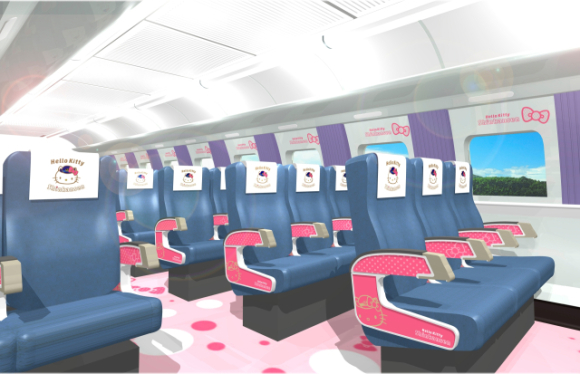 This is where youll also find the dedicated “photo spot”, which provides you with the perfect backdrop for all those images youll need to post on social media to commemorate your unique shinkansen experience. 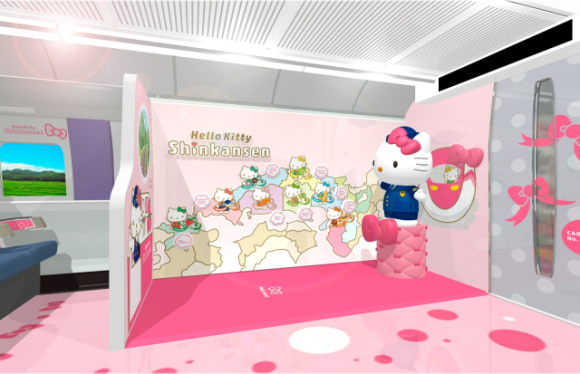 And the fun doesnt stop there, as JR West is planning to replace the usual in-car chime (used when approaching stations) with an original Hello Kitty melody. Theres a whole other slew of goodies in store as well, with campaigns like “stamp rallies” where passengers can receive prizes for imprinting sheets with ink stamps at various locations, and other exciting collaborations planned for the future.

▼ The new video shows some of the special regional Hello Kitty designs we can expect to find on goods aboard the train.

The Hello Kitty shinkansen will be making its debut on 30 June for a limited time. To find out more about the train schedule and ticket purchasing, check out the special website here, and if you do get to hop on board the exclusive bullet train, you might want to take a look over here for some outfits to help you look as good as Hello Kitty while riding the rails.

— Stylish black Shinkansen, decorated with fireworks, spotted on the rails of Japan 【Photos】

— The ultimate Shinkansen trip: Riding Japans bullet train network from one end to the other

— Evangelion Shinkansen gets range of souvenirs, including its very own bullet train ekiben obento