The European country has just changed its passport control regulations, which means a bigger wait times could occur.

Heres everything you need to know about the new regulations.

The FCO warned British holidaymakers to arrive at Greek airports earlier than they usually would.

As security checks are likely to get longer, this should prevent travellers from missing their flights.

The gov.uk website states: “As of 7 April 2019, the Hellenic Police will begin implementing systematic passport control checks for all European citizens travelling to/from destinations outside the Schengen area (including the UK) in line with a 2017 Schengen Borders Code regulation.

“Increased waiting times at passport control are possible on departure from and arrival into Greece.

“You should ensure you arrive at the airport in good time.”

This isnt the only government advice issued to those heading to Greece.

While the majority of people shouldnt experience any problems on their holidays, the FCO has some safety information for travellers.

The gov.uk website urges Brits to be as vigilant about crime when theyre abroad as they are at home.Read More – Source 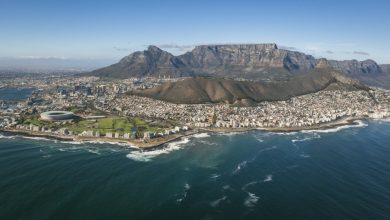 ‘It’s a chance to discover another side of African creativity’: Share Africa opens in Paris

Virgin Atlantic sale: Airline launches HUGE discount on return flights to the US

Global tourism predicted to slow after best year ever