The number of confirmed coronavirus cases worldwide passed 40 million on Monday, as fresh measures to combat the spread of the virus came into effect in several European countries.

Belgium imposes a nationwide overnight curfew from Monday and Switzerland has made wearing face masks compulsory in indoor public spaces, the latest measures by European governments to fight a powerful second coronavirus wave.

The latest surge in cases sent the total registered worldwide past 40 million Monday morning, according to an AFP tally based on official sources. More than half the caseload is in the three hardest-hit countries: the US, India and Brazil.

In Europe, more than 250,000 people have died, but the deepening crisis there stands in contrast to Australia where Melbourne, the second-largest city, has begun easing a lockdown that kept millions of people largely confined to their homes for months.

Cafés and restaurants across Belgium were shuttered for four weeks as the country tackled its own infection spike, part of a continent-wide surge that has seen a 44 percent increase in cases across Europe in the past week.

"The situation is serious. It is worse than on March 18 when the lockdown was decided," Prime Minister Alexander De Croo told Belgian television RTL Info.

The overnight curfew in Belgium came days after France imposed a nighttime curfew in nine cities, including the Paris metropolitan area. The curfew came as France hit a record 32,400 new infections on Saturday.

Reporting from Brussels, FRANCE 24's Dave Keating said the restrictions in Belgium "are similar to that in France. But they’re more severe in some areas, less severe in other areas. The curfew is nationwide here, not just in the bigger cities, but it’s only from midnight to 5am, not from 9pm to 6pm as it is in France".

Some businesses have protested despite authorities warning the country was in the middle of an exponential increase in cases.

"We don't feel considered, and it hurts my heart," said Angelo Bussi, a restaurant manager in Brussels. "Everyone is in pain. It's horrible."

Switzerland was largely spared when the coronavirus emerged in China late last year and swept the world.

But infections have doubled in the wealthy Alpine nation in the last seven days, prompting new restrictions including compulsory mask-wearing in public spaces indoors and limits on public gatherings.

"The second wave is here, earlier and stronger than we expected, but we are prepared," Health Minister Alain Berset told journalists.

The canton of Bern also banned public events of more than a thousand people, which will hit professional football and hockey matches.

The new measures were intended to avoid harsher measures that could "seriously endanger" continental Europe's third-largest economy, already reeling from a two-month nationwide lockdown only lifted in May.

'I am doing what is safe'

An even longer lockdown began coming to an end in Australia on Monday, where the five million inhabitants of Melbourne were allowed to leave their homes for more than tRead More – Source 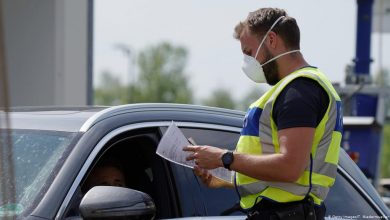 Italy to quarantine all arrivals, Germany steps up border checks 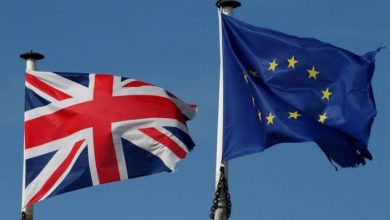 On the Covid-19 frontline: Doctor MEPs on their return to medical service