Gervonta Davis outpointed Héctor Luis García after knocking him out on the fast track in the ninth round and thus successfully defended his WBA Lightweight World Title at the Capital One Arena in Washington DC.

In Washington, Gervonta Davis was surprised, but defeated Héctor Luis García by TKO 9 and thus successfully defended his WBA Lightweight World Title. The American complied and now he will be able to face Ryan Garcia.

The Tank came to this fight as a clear favorite because he has power, faced rivals with extensive experience and not only knows how to attack judiciously, but also knows how to defend himself. He faced a rival who came to give the bell and ruin the plans for the fight against Ryan Garcia to take place.

The first two rounds surprised Héctor Luis García who from a long distance and with a step back took Gervonta Davis out of the fight. Despite this, in the third round the champion began to come back in history because he combined with powerful blows and made him tremble.

As the rounds progressed, The Tank began to throw better punches and they began to hit the Dominican’s face with more force. However, in the eighth he had him on the verge of KO, but in the ninth round he couldn’t fight because his rival said he couldn’t see.

Gervonta Davis couldn’t knock him out!
In the eighth round, Gervonta Davis came up with a series of combinations and had him on the brink of KO. However, the bell, the boxer’s best friend, saved him from defeat, but minutes later the corner stopped the fight because he couldn’t see.

Gervonta Davis reacts!
After a start with many doubts, Gervonta Davis wakes up from the nap she had in the first two rounds and reacts with good combinations. However, the Dominican remained on his feet after the blows from the American.

Gervonta Davis vs. Héctor Luis García began!Davis’ defense against the Dominican began with more than 19,000 people present at the Capital One Arena. On the other hand, the American let go of the first two rounds against Garcia who works very well from long distance from him and makes the champion fail.

In the evening co-feature, Jaron Ennis unanimously outpointed Karen Chukhadzhian in a boring bout to successfully retain his IBF Interim Welterweight World Title. The American could not shoot the Ukrainian at any time.

In a new fight in Washington DC Roiman Villa rang the bell after carrying out a fight against Rashidi Ellis. In this way, the Venezuelan was left with the eliminator for the IBF Welterweight World Title that belongs to Errol Spence Jr.

The American Demetrius Andrade surpassed Nicholson by points in the previous clash between Gervonta Davis and Héctor García. The former world champion surpassed his rival by a wide margin and asked the best of 168 pounds.

Davis vs. Garcia: Lee Knocked Out The Argentine

In the first match of the official transmission of Gervonta Davis vs. Héctor Luis García, Brandun Lee technically knocked out Argentine Luque in the fourth round. The corner of the South American decided to throw in the towel.

This was the last face to face between Davis and Garcia
In the last press conference, Gervonta Davis and Héctor Luis García carried out the last face to face, which became very intense. In the video you can see an Android Garcia that gets rid of The Tank, while he begins to move as a fighter. In turn, Davis took his future rival and he immediately pushed it off, so the camera flashes began to appear quickly in the room.

This article is originally published on bolavip.com 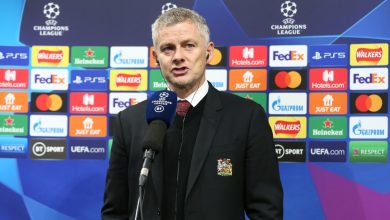 Man Utd manager: ‘Can there be confidence in plan to replace Ole Gunnar Solskjaer?’ 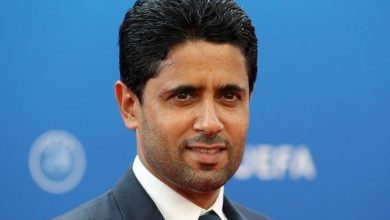