fr24news.- BRUSSELS (Reuters) – Germany, France, Spain and ten other EU countries have joined forces to invest in processors and semiconductor technologies, the keys to internet-connected devices and data processing. data, with the aim of catching up with the United States and Asia.

Europe’s share of the 440 billion euro ($ 533 billion) global semiconductor market is around 10%, with the EU currently relying on chips made abroad.

Such reliance on foreign chips and other products has come to light during the COVID-19 pandemic.

Security concerns over some foreign governments have also added to fears of relying on foreign chips used in cars, medical equipment, mobile phones and networks, as well as for environmental surveillance.

Earlier this year, the European Union agreed to allocate 145 billion euros, or one-fifth of its virus economic stimulus fund, to digital projects.

The 13 countries said they would work together to strengthen the electronics and embedded systems value chain in Europe.

“This will require a collective effort to pool investments and coordinate actions, both public and private actors,” they said in a joint statement.

The group will contact companies to form industrial alliances for research and investment in the design and manufacture of processors and will seek to finance such projects.

It will also offer a Europe-wide program known as an Important Project of Common European Interest which allows funding under more flexible EU state aid rules. The group will seek to establish common standards and certifications for electronics.

Erdogan’s gamble on snap elections in Turkey could backfire 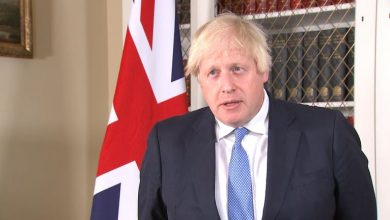 Afghanistan must not become “fertile ground for terrorism” – .