In the Haut-Rhin department in the Grand Est region of France, farmers are battling an unusual enemy.

Across the department wild boars have caused between major damage to the pastures where the cows responsible for making France's (unofficially) most pongy cheese graze (see tweet below).

The production of the infamously smelly Munster cheese must meet very specific requirements in order to meet obtain the AOP quality label. At least 70 percent of the feed given to the cows must come from the local farm.

But with boars moving in packs around the area, the grazing pasture is being damaged – up to 60 percent in parts – while the wild animals hunt for their favourite grub.

And farmers say the production of France's Munster cheese is at risk.

"They turn up the earth so we have a problem with the grass but what's dangerous is that shit and dirt get into the hay. It's not good for the animals or for cheese," Munster cheese producer Marc Weiss told France Bleu.

Small producers have been mainly affected, with eight farms in the Masevaux valley, 15 in the Thur valley and around 20 in the Munster valley reporting problems with the wild animals.

Even the installation of electric fences has not kept them at bay.

"The cow's milk is contaminated with the damage to the earth, the quality is lessened and isn't as good for making Munster. When it is handed over to the cooperative, it is undervalued," Philippe Iltis, president of rural coordination said.

In response, farmers have appealed to hunters in the area to cull the wild boar population and an appeal letter has been sent to the Haut-Rhin's local authorities in 2017.

Known for its famously monstrous smell, with what some have called an "unbearable odour", Munster is definitely something of an acquired taste.

It matures in damp cellars, gets washed in brine, and has a "very pronounced, powerful aroma that is oddly reminiscent of fried eggs", at least according to this website that specializes in selling gourmet delicacies. 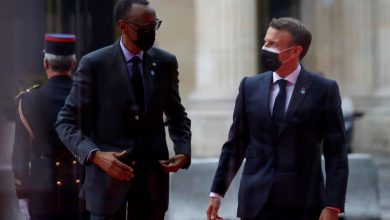