Nearly 700 Saint-Nectaire cheeses have been stolen after thieves ransacked and burgled the cellar in central France where the popular dairy product was being aged.

The fromage heist took place under the cover of night in the village of Beaune-le-Froid in the Auvergne.

The Saint-Nectaire cheeses were being stored in the "rue des Caves" (Cellar Street) — the nickname of the street where a large number of cheese producers age their product — before the thieves made off with them late on Monday night.

The losses are worth an estimated €10,000 to producer Caroline Borrel who heard nothing despite living close to her cellar.

Local police are trying to sniff out the thieves.

It's not the first time French burglars have been tempted away from jewelry and expensive handbags and into the business of stealing cheese.

In all they made off with around 100 wheels of the cheese, which can sell up to €40 a kilo for a particularly matured Comté.

Estimates at the time said the loot was worth anything from €40,000 upwards.

And it seems like delicacies such as French cheese are quickly rising to the top of the burglars' wish lists, with thieves increasingly able to make easy money flogging knock-off fromage just like they can perfume.

And although the cheese theft sounds bizarre, in reality we shouldn't be surprised.

At the time Dr. Joshua Bamfield, Director of the Center for Retail Research said cheese was "a lucrative business opportunity for small time criminals."

"It's not just grannies saying, I need some cheese I'll just go and steal it. A lot of the theft is for resale and a lot of this cheese will be resold into other markets or to restaurants," he told the UK's Huffington Post.

VIDEO: Why’s a Eurostar train been abandoned in a forest in France? 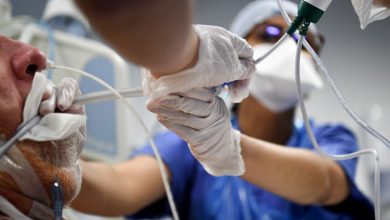