rfi.fr– The French Senate is to take a final vote next week on a bill that would set the age of sexual consent at 15, after the National Assembly unanimously approved the text on the protection of minors from sexual violence.

In the early hours of Tuesday, the lower house of parliament voted 67 in favour of the legislation that aims to strengthen the protection of minors – in particular setting the age of sexual consent with an adult at 15.

Any sexual act below that age would be considered non-consensual and a criminal offence.

Jail terms for convictions of incest would be raised to 18 years. The penalty is 20 years for rape, whether incest or not.

Testimonies back in spotlight

The legislation – consisting largely of 300 amendments rewritten by the government – now passes back to the Senate for a final vote on 25 March.

Minister of Justice Eric Dupond-Moretti praised the National Assembly vote, declaring that from now on, “no adult can take advantage of the consent of a minor”.

“Children are off-limits,” he said.

The testimonies of victims of underage exploitation and incest were recently brought to the fore under the hashtag “#Metooinceste”, which exposed a subject long considered taboo in France.

The legislation also hopes to avoid incriminating legitimate links forged on the cusp of adolescence and adulthood.

A so-called “Romeo & Juliet” clause adds a proviso that penalties only apply if “the age difference between the adult and the minor (under 15) is at least five years”.

New provisions within the text aim to combat “sextortion”, where minors are incited to engage in sexual practices on the Internet.

The bill is expected to be voted into law and come into effect before the summer, amid government calls for it to be made operational as soon as possible. 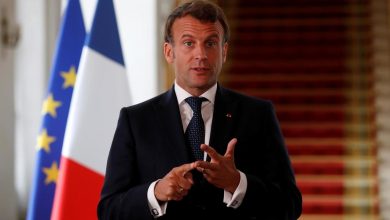 We don’t want Tim Cook in jail but we do want 5% of Apple income, says French group suing over iPhone

Yes, you can have both French AND expat friends in France