rfi– French people do not trust the news media and want to see greater transparency, an Ifop study found on Thursday.

Commissioned by the artificial intelligence news app Flint, the study said the French felt a “tide of negative feelings” towards the media.

People’s confidence in information disseminated was “deeply shaken” – especially in light of current events, it added.

While more than half of respondents (55 percent) used the word “distrust” to describe their feelings towards the media, others went with “anger” (18 percent) and “disgust” (17 percent).

Twenty-four percent of young people said they felt “indifference” towards the media, compared with 11 percent on average.

More than two thirds of people surveyed said they doubted the veracity of the information they received, particularly in relation to politics.

“This suspicion creates a strong need for feedback and access to sources,” Ifop said in its analysis of the results.

Eighty-three percent of people wanted to know the source of the information provided in order to be able to “check for themselves,” the pollster said.

Seven out of ten people said they felt “overwhelmed” by information that was “omnipresent and overabundant”, while almost half admitted to having difficulty finding the information they were looking for.

News site France Info said the study highlighted the degraded relationship between the manufacturers and consumers of information. 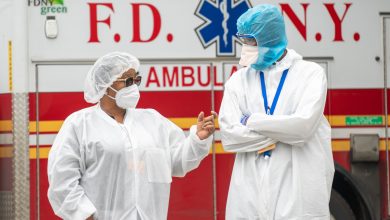 How to say ‘OUCH’ in French (and ten other sounds)

Seven things to know before you buy that house in France