The government confirmed that an 80km/h speed limit will be introduced on countryside roads in France from July 1st as part of its of new measures to make the country's roads safer despite opposition to the move.

The reform, which will see the speed limit reduced from 90km/h to 80km/h on all two-lane highways or specifically "on all secondary roads without a central reservation", will be implemented from July 1st 2018 until July 1st 2020 as a two-year trial.

At the end of that period further changes may be made, depending on the "effectiveness" of the measure in terms of saving lives and cutting down on injuries, said government spokesperson Benjamin Griveaux on Wednesday.

The government is determined to lower the speed limit despite continuing opposition which has been ramping up since it was first announced as a possibility in January.

In an open letter to French Prime Minister Edouard Philippe, which was made public on Friday, the heads of 28 departments in France asked the government to drop the move.

They pushed instead for roads to be looked at on case-by-case basis, paying particular attention to the roads where more accidents happen.

It isn't only the authorities who are against the new regulation. In fact, thousands of bikers recently blocked roads in protest against the move in rural areas across France.

And in January, the new measure prompted outrage from driving associations including 40 million motorists, with the group citing an experiment where an increase in the speed limit worked to decrease road mortality.

According to a YouGov poll carried out on behalf of 20 Minutes the association was backed up by the majority of the French population, with 67 percent of people believing that lowering the speed limit to 80 km/h would not be effective.

But at the time French Prime Minister Edouard Philippe made it clear he was prepared for the opposition.

France has a sorry record for the number of fatal accidents that occur on its roads, with the death toll in 2016 reaching 3,469.

The possible law change comes at a time when road mortality has been on the rise since 2014 — the longest period of sustained increase since 1972.

And it is on the two-way roads outside urban areas, mostly with speed limits of 90 km/h where 55 percent of fatal accidents took place in 2016.

Bikers protest against the change to the speed limit. Photo: AFP

The former Interior Minister Bernard Cazeneuve said previously that one of the primary reasons for the higher toll was increase in road traffic but also drivers taking risks.

"The rise also reflects an increase in risky behaviour that can lead to serious accident fatalities," he said.

The former minister also said French drivers were "too relaxed" when it came to following the road rules, and that many motorists continued to drive "at excessive speed".

A study in April 2015 from BVA found that 75 percent of French people acknowledged that they don't always stick to the speed limit.

Calais could see traffic chaos on all roads after Brexit, port chief warns

France opens probe into Apple over planned slowing down of iPhones 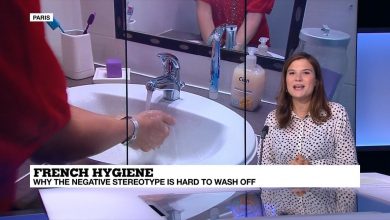 French hygiene and perfume: Why is the negative stereotype so hard to wash off?