rfi.fr- France has sent patrol ships, including a gendarme police vessel, to waters near the British island of Jersey, where around 50 French fishing boats gathered to protest over post-Brexit fishing rights. Ahead of Thursday’s protest, the UK sent two navy ships to Jersey to monitor the situation, which prompted France to warn it “won’t be intimidated”.

“With around 50 fishing boats in the area, obviously we wanted to pre-position these two boats,” a spokesperson for the French coast guard on the Channel and North Sea told AFP. One boat was identified as a gendarme police vessel and the other a maritime administration patroller.

The boats massed in front of the port of Saint Helier to draw attention to what they see as unfair restrictions on their ability to fish in UK waters after Brexit.

It was unclear if they intended to blockade the port, or if they would allow other boats in and out.

“It’s incredible to have succeeded in getting everyone together,” fisherman Camille Lecureuil told French news agency AFP onboard his boat.

Lecureuil, from the port of Carteret on the French coast opposite Jersey, said a cargo ship was due to leave Saint Helier.

“Everyone seems to have decided to stop it from leaving. Fishing boats are moving into position at the entrance of the port,” he said.

“It’s a peaceful protest. There’s no reason for it to degenerate.”

France warned on Tuesday that it was weighing its response after the UK imposed rules governing access for French fishing boats near the Channel Islands.

France’s Maritime Minister Annick Girardin even suggested that France could cut electricity to the island as a last resort. Girardin accused Jersey, the largest Channel Island, of dragging its feet over the issuing of licences to French vessels under the terms of Britain’s post-Brexit trade deal with Brussels.

Jersey, a self-governing British Crown dependency off the coast of France, has said it will require boats to submit further details before the licences can be granted, and pleaded for patience.

The deepening row over fishing is one of several disputes that have emerged between the UK and the European Union since London left the bloc’s single market and customs union at the start of the year.

British Prime Minister Boris Johnson on Wednesday sent two navy patrol vessels to Jersey “as a precautionary measure”, over concerns about a blockade at Saint Helier,” adding that a blockade “would be completely unjustified.”

“Our wish is not to have tensions, but to have a quick and full application of the (Brexit) deal,” he told AFP, after speaking to Britain’s minister for relations with the EU, David Frost.

UK government minister Nadhim Zahawi said the two sides need to work “constructively” on “operational challenges that we need to fix together”.

“This is an issue for the (European) Commission to work with our team,” he told Sky News. 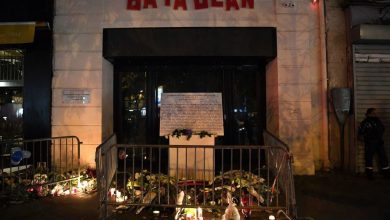