france24– Like the UK, Israel and Germany, France plans to roll out third doses of Covid-19 vaccines to vulnerable people in the autumn to combat the more contagious Delta variant. But the French government is reluctant to extend this booster shot to the whole population.

While the introduction of the Covid-19 ‘health pass’ has prompted many vaccine holdouts in France to get their first jab, many others have been fully vaccinated for eight months and are asking themselves if they will soon need a third dose.

President Emmanuel Macron had proposed on July 12 booster shots from the start of the school year in September for “people first vaccinated in January and February” – but did not specify whether this included the whole population or just the vulnerable.

It fell to the head of France’s Vaccine Council Alain Fischer to clarify. A third dose will be given to the “fragile” and the “oldest” from the start of autumn, he told RTL radio on Monday.

This position is in line with what France’s Scientific Council proposed in July – “booster shots for over-80s, whether or not they are in nursing homes, as well as immunocompromised people among the general population”.

Third dose ‘justified’ for the vulnerable

Experts suggest this targeted rollout of third jabs is the right approach, based on the scientific evidence currently available.

“With some vaccines it’s necessary to give people boosters because immunity naturally weakens over time; that’s why people are vaccinated against the flu every year,” said Daniel Floret, a vaccine specialist and vice-president of the vaccination commission at France’s Health Authority.

“That said, at present we don’t have enough data to discern just how long vaccines protect against Covid-19,” he continued. “Except in the case of immuno-suppressed people such as cancer patients and transplant recipients, several studies have shown that the antibodies they got from jabs didn’t last long.”

Indeed, a German study published by The Lancet in late July suggested that this decline in antibody count is much greater for these vulnerable groups than for the general population: The decline of fully vaccinated people who had undergone a kidney transplant was more than two times lower than the fully vaccinated control group. The same phenomenon was observed in another study carried out on 20 patients undergoing immunosuppressive treatment.

In light of this, a third dose is “justified” for these highly vulnerable people whom France is targeting with its forthcoming booster shots, Floret said.

With regard to the elderly, a study published in the journal Clinical Infectious Disease in April shows a drastic drop after a few weeks in the immunity levels of vaccinated people aged over 80 – which was not the case for younger people in the study. “A booster strategy for old-age pensioners with a third mRNA dose therefore seems justified,” said France’s Scientific Council.

Several countries have already announced third doses for the vulnerable in response to these studies. Third jabs will be given out in Hungary from August 1, in Germany from September 1 and in the UK from September 6.

Israel – lauded for its rapid jab rollout – has also launched a third dose campaign, with all people over 60 who had been vaccinated before February invited to get one.

But for now at least, French authorities will not give everyone a third jab. “For young people, we need to see more data on how long immunity lasts” before taking that course, Fischer said on Monday.

For their part, Pfizer and BioNTech favour third doses. A booster shot six months after a second dose would provide antibody levels “5 to 10 times higher” than those elicited by just two injections, they said in a statement on July 8.

“While protection against severe disease remained high across the full 6 months, a decline in efficacy against symptomatic disease over time and the continued emergence of variants are expected,” the statement continued.

Variants, including the notorious Delta, could indeed change the situation. “They add a lot of complexity,” as Floret put it.

Nevertheless, “now is not the time to give the entire population a third dose,” he continued.

Data on deaths and hospitalisations bolster the argument that two doses are working sufficiently well for most people: Unvaccinated people comprised 85 percent of Covid-19 hospital patients in France from May 31 to July 11. During the same period, 78 percent of coronavirus deaths were among unvaccinated people, while 11 percent were among those who had received just one dose.

Many scientists argue that the key task is to give two doses to as much of the population as possible in order to attain herd immunity before giving out a third. Booster shots are “really not the priority”, said French epidemiologist Catherine Hill.

“There is still a large part of the population that haven’t had a jab while we’re seeing a significant wave of infections, especially in French Overseas Territories in the Caribbean,” Hill added. The “real priority”, she concluded, is to maximise the number of people getting two doses.

For its part, the World Health Organisation called on Wednesday for a moratorium on third jabs until the end of September in an attempt to vaccinate more people in underdeveloped nations. WHO head Tedros Adhanom Ghebreyesus told journalists this would facilitate at least 10 percent of people in all countries getting vaccinated. 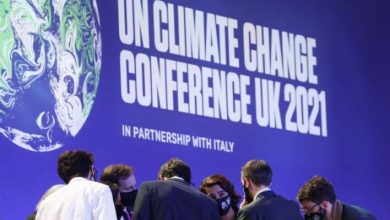 Social Democrats in front as Finland heads to the polls

How the EU can keep health care affordable