rfi– The United Kingdom has been effectively shut off from much of Europe after its closest neighbours cut transport ties due to fears about a new strain of the coronavirus causing Covid-19. But doubts remain over whether the new strain is more deadly.

France, Germany, Italy, the Netherlands, Austria, Switzerland, Ireland, Belgium, Israel and Canada shut off travel ties over the weekend after UK Prime Minister Boris Johnson warned that a highly infectious new strain of the virus was a danger to the country.

Johnson is to chair an emergency response meeting on Monday to discuss international travel, notably the flow of freight in and out of Britain.

France, on Sunday, shut its border to arrivals of people and trucks from the UK, closing off one of the most important trade arteries with mainland Europe. It prompted The Sun daily to headline: ‘French show no merci’.

France’s health minister Olivier Véran said Monday that the new strain might be spreading in France, although no tests have spotted it so far.

“I’m in touch with my opposite number in France and we’re doing everything we can to get that restarted, in fact they’ve said to us they want to restart the hauliers as quickly as possible,” Shapps told Sky News channel.

Shapps said it was his priority to get the bans lifted as quickly as possible but that given British preparations for the end of the Brexit transition period, the country was well prepared for disruption.

Talks on a Brexit trade deal were due to continue on Monday.

Why new strain is causing alarm

Johnson on Saturday cancelled Christmas plans for millions of British people due to what he said was a more infectious strain of the coronavirus.

The mutated strain has now been reported in five countries: the UK, Denmark, the Netherlands, Australia and Belgium.

But while health experts in the UK and US said the strain seems to infect more easily than others, there is no evidence for the moment that it is either more deadly or causes a more severe illness.

The new variant has nearly two dozen mutations, many of them associated with alterations in a spiky protein made by the virus, which it uses to attach to and infect cells. Current vaccines target that spike.

Patrick Vallance, the British government’s scientific adviser, said that the strain “moves fast and is becoming the dominant variant,” causing over 60 percent of infections in London in December. He said he thought the new variant may be in other countries but might have started in the UK.

“I’m worried about this, for sure,” but it’s too soon to know how important it ultimately will prove to be, said Dr. Ravi Gupta, who studies viruses at the University of Cambridge in England.

Gupta and other researchers posted a report of it on a website scientists use to share developments quickly, but the paper has not been peer reviewed or published in a journal.

The British government triggered plans it had for stacking up trucks in the southeast county of Kent – part of its plans for potential disruption when the United Kingdom exits the EU with – or without – a trade deal at midnight CET on 31 December.

Trucks are being stacked on the M20 motorway through the county, heading towards the ports, which is closed to normal traffic. A nearby airport will also be used to hold freight.

Monday’s Daily Mirror newspaper posted “Sick Man of Europe” on its front page beside a picture of Boris Johnson.

The closure of the Channel Tunnel and ports for onward travel to France will affect the export of goods such as fish and shell fish from Scotland to Europe, and the import of food for British supermarkets if, as expected, European drivers refuse to travel.

Trucks have been told to avoid Kent to prevent any further build up of trucks.

“The closure of France to UK traffic, including accompanied freight poses difficulties for UK capacity to import and export key goods during the busy Christmas period,” said Andrew Opie, director of food & sustainability at the British Retail Consortium.

“While goods can enter from France, few haulage firms will be willing to send trucks and drivers across to the UK without a guarantee they can return to the EU in a timely manner.”

Sainsbury’s, one of the UK’s leading supermarket chains, has warned of a shortage of fresh produce, just days before British people celebrate Christmas.

What future will millenials have after COVID-19? | Culture Clash 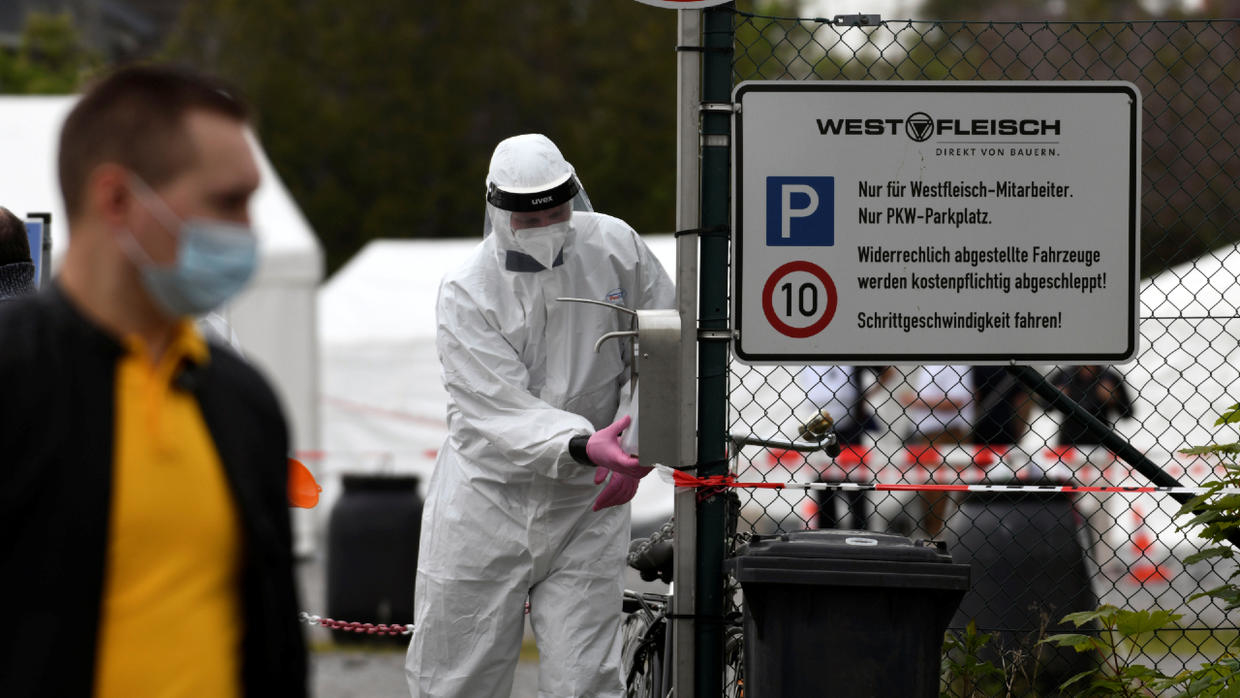