rfi.fr- The European Parliament is due to debate a resolution that would symbolically declare the entire 27-member European Union to be a “freedom zone” for LGBT people

On 10 March, the European Parliament will debate a resolution aimed at declaring the entire 27-member European Union to be a “freedom zone” for LGBT people.

The resolution comes as a reaction to recent developments in Poland, where many local communities have adopted largely symbolic resolutions declaring themselves to be free of what Polish conservative authorities have been calling “LGBT ideology.”

The towns say they are only seeking to defend their traditional Catholic values. But LGBT rights activists say they are discriminatory and make gays and lesbians feel unwelcome. The areas have come to be colloquially known as “LGBT-free zones.”

The anti-gay activities have proven hugely costly to Poland’s international image, and to the finances of local communities. The EU and Norway, a non-EU member that funds some development in EU nations, have cut off funds to policies they view as discriminatory.

The EU resolution also stresses that it wants to tackle problems faced by gays, lesbians, bisexuals, transgender, intersex and queer people across the bloc.

The resolution says that fundamental rights of LGBT people were “severely hindered” in Hungary due to a de facto ban on legal gender recognition for trans and intersex people.

It also mentions problems in Latvia, and notes that only two member states, Malta and Germany, have banned “conversion therapy,” a controversial and potentially harmful attempt to change a person’s sexual orientation.

The resolution is the work of a cross-party group in the European Parliament, the LGBTI Intergroup, which says it has the support to pass the largely symbolic resolution.

EP member Liesje Schreinemacher MEP, Vice-President of the LGBTI Intergroup, commented ont the groups’s website that “this resolution …  shows that from Portugal to Bulgaria, from Cyprus to Finland, the Parliament will stand for the rights of LGBTIQ persons and will not forget that backsliding on these rights is legitimising LGBTIQ-phobia.” 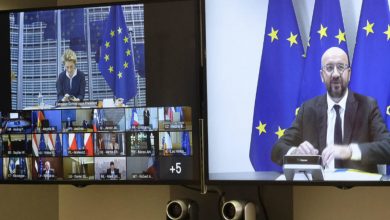