ISTANBUL — Kerem lives within walking distance of Turkey’s oldest beer factory, but he refuses to drink a drop of domestic bestsellers Efes and Bomonti.

Instead, the 29-year-old sales manager has turned his flat into a micro-brewery — joining a growing number of Turks who make their own booze to avoid soaring alcohol taxes imposed by President Recep Tayyip Erdoğan’s conservative government.

“I started because the prices went up. Then it became more of a fun thing to do. But the prices going up so much was the catalyst,” said Kerem, sipping his homemade grapefruit-flavored beer.

Under Erdoğan and his Justice and Development Party (AKP), which has its roots in political Islam, taxes on alcohol sales have skyrocketed.

Between Erdoğan’s rise to power in 2003 and January this year, the price of beer has increased by 618 percent, according to data from the Turkish Statistics Institute TUIK.

The price of rakı, an aniseed-flavored spirit popular in Turkey, increased by 725 percent. (To compare, the price of fruit juice rose by 121 percent in the same period.)

Turkey is not a nation of boozers: More than 80 percent of citizens say they do not touch alcohol. But for those who do drink, the frequent tax hikes — the most recent came last month — have turned alcohol into a luxury product.

Homemade beers, wines and spirits are far cheaper to produce, however, and Turks have caught on. While alcohol sales have declined over the past few years, online forums and social media groups dedicated to home brewing and distilling have ballooned in size.

To Kerem, this comes as no surprise: “You can make a very nice bottle of beer for about one quarter of the normal price,” he said, adding that starter kits for brewing can be bought online for less than 200 lira (€43).

On a recent Saturday afternoon, it was time to bottle Kerem’s latest batch, a Weißbier-style wheat beer he had made for a friend’s wedding.

Like many home-brewers, he and his girlfriend Asli leaped at the chance to sample brews unavailable in Turkey’s limited beer scene, where Pilsner-style lagers dominate.

“I didn’t like beer at all before this. But I love this,” said Asli, opening a bottle from the grapefruit batch. “I came in right now and said I need to have a beer. That never happened before homemade beer.”

The wedding beers are an exception. Usually, Kerem hands out his beer only to close friends and the occasional client, conscious of the prejudices and social stigma attached to alcohol.

“Because this topic is a bit sensitive, I’m careful not to give it to too many people,” he said. He and Asli requested that their surnames not be published out of concern over a potential backlash.

Many Turks would perceive brewing as “subversive,” Kerem added, even though making up to 350 litres of beer and wine per year is legal.

“It won’t mean jail,” he said, “but something like that can affect reputations and business. You can never know.”

Erdoğan has made no secret of his disdain for drinking, once declaring that “whoever drinks alcohol is an alcoholic.”

On top of taxes, the AKP has introduced restrictions on alcohol sales. Since 2013, shops are banned from selling booze after 10 p.m. and no alcohol may be sold within 100 meters of a mosque.

Advertising of alcohol — just like cigarettes — is prohibited, and alcohol and tobacco products are often blurred out on Turkish television. 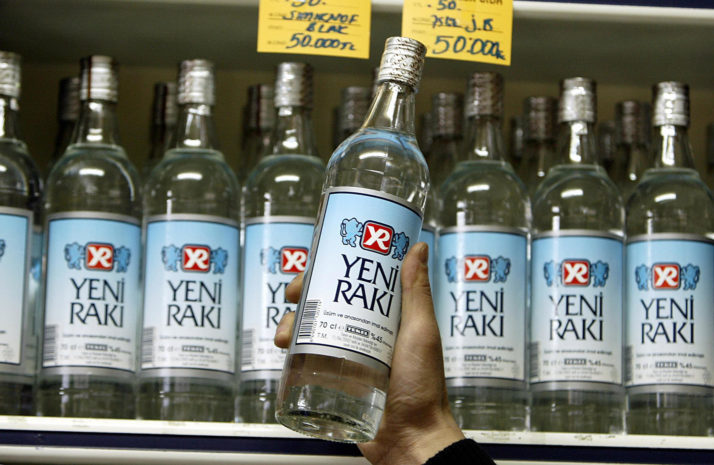 The government insists that such regulations are aimed at protecting public health and preventing minors from drinking. Many secular Turks, however, see them as measures designed to restrict their way of life.

After all, Erdoğan’s approach to alcohol stands in stark contrast to that of Mustafa Kemal Atatürk, the founder of modern Turkey, who was often pictured with a glass of rakı in his hand and founded a brewery in Ankara.

Rakı is considered Turkey’s national drink — although Erdoğan favors the yogurt-based ayran — and a key part of the country’s food culture, but it has become unaffordable for many.

Yet at the same time, sales of counterfeit products have risen, with sometimes devastating consequences: In the past, several people have died of alcohol poisoning in Turkey after drinking bootleg rakı mixed with methanol.

Regulations coming into effect at the end of March stipulate that producers must add denatonium benzoate — the most bitter chemical substance in existance — to ethyl alcohol sold in Turkey.

Many Turks have also turned to making a homemade rakı-style drink by mixing ethyl alcohol — which is sold for half the price of rakı — with aniseed flavoring or oil.

This method has become wildly popular: In the run-up to last year’s Eid al-Adha holiday, the Turkish press reported that ethyl alcohol had sold out in many supermarkets. One Turkish drinks company told Reuters last year that ethyl alcohol sales had risen 5 to 6 percent in 2017.

The Turkish government, however, is about to put a stop to this trend. New regulations coming into effect at the end of March stipulate that producers must add denatonium benzoate — the most bitter chemical substance in existance — to ethyl alcohol sold in Turkey.

“Perhaps this will make them produce real rakı from grapes,” said Umut, a 38-year-old engineer and academic living in Istanbul’s conservative Fatih district. “They’re lazy, using ethanol. Our land, Anatolia, is heaven: we have best-quality grapes.”

Visitors to Umut’s house stumble over homemade alcohol everywhere: His second bathroom is a storeroom for wine, and beer ferments in a corner beside the television. On a table in his living room balances an alembic, a traditional copper apparatus for distilling rakı. 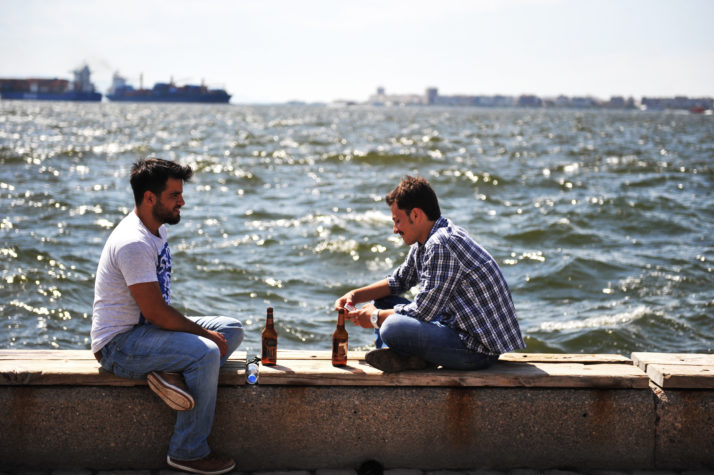 The alembic is the reason he does not want to be named in the press — Umut is not the academic’s real name — because unlike making beer and wine, distilling rakı at home is illegal.

Umut began producing a variety of beer one year ago, and soon tried his hand at making red wine from Turkey’s native Öküzgözü grapes. From the leftover grape skins, he makes golden-hued rakı.

To him, home production is both a shrewd financial choice and an act of protest. “Alcohol prices have increased and increased, it’s become a luxury,” he said. “But making it at home is also kind of political — I don’t want to pay that tax to the conservatives.”

“If we’d bought a carload of rakı in 2002 and stored it, we could buy a house if we sold it now,” he said, laughing. “It’s the best investment in Turkey. Better than bitcoin.”

Like many home-brewers, Umut worries that the AKP will impose restrictions on them sooner or later. He has taught himself to make beer from barley grains, just in case the government banned the sale of beer-making kits.

“I believe the reason behind the decrease in beer sales is the surge in home-brewed beer in Turkey” — Tuncay Özilhan, chairman of Anadolu Efes

Kerem, the sales manager, thinks it more likely that steep alcohol taxes will also be levied on such kits, which are currently taxed at the regular rate.

Earlier in February, the chairman of Anadolu Efes, Turkey’s largest beer producer, prompted an outcry when he appeared to suggest that the government should put higher taxes on home brewing.

“I believe the reason behind the decrease in beer sales is the surge in home-brewed beer in Turkey,” said the chairman, Tuncay Özilhan, noting that brewing equipment was cheaply available.

“Today more than half of the cost of a 50cl beer is paid in taxes. This [brewing] trend has led to a significant decline in tax income. We have shared our views about this issue with the authorities.”

The backlash was swift: Enraged beer fans promptly started a social media campaign to boycott Efes brands. Özilhan backtracked the next day, clarifying he had not suggested a tax raise and praising home-brewers for their contribution to beer culture.

Despite its growing popularity, Kerem said, homemade beer was far from widespread enough to make a dent in commercial sales — for now.

“Me and my best friend do it a lot, but all my other friends … I helped them get their kits and we did it once, but then they were too lazy and didn’t keep doing it,” he said.

“In Turkey, it’s still pretty niche. But as prices go up, more and more people are getting into it.” 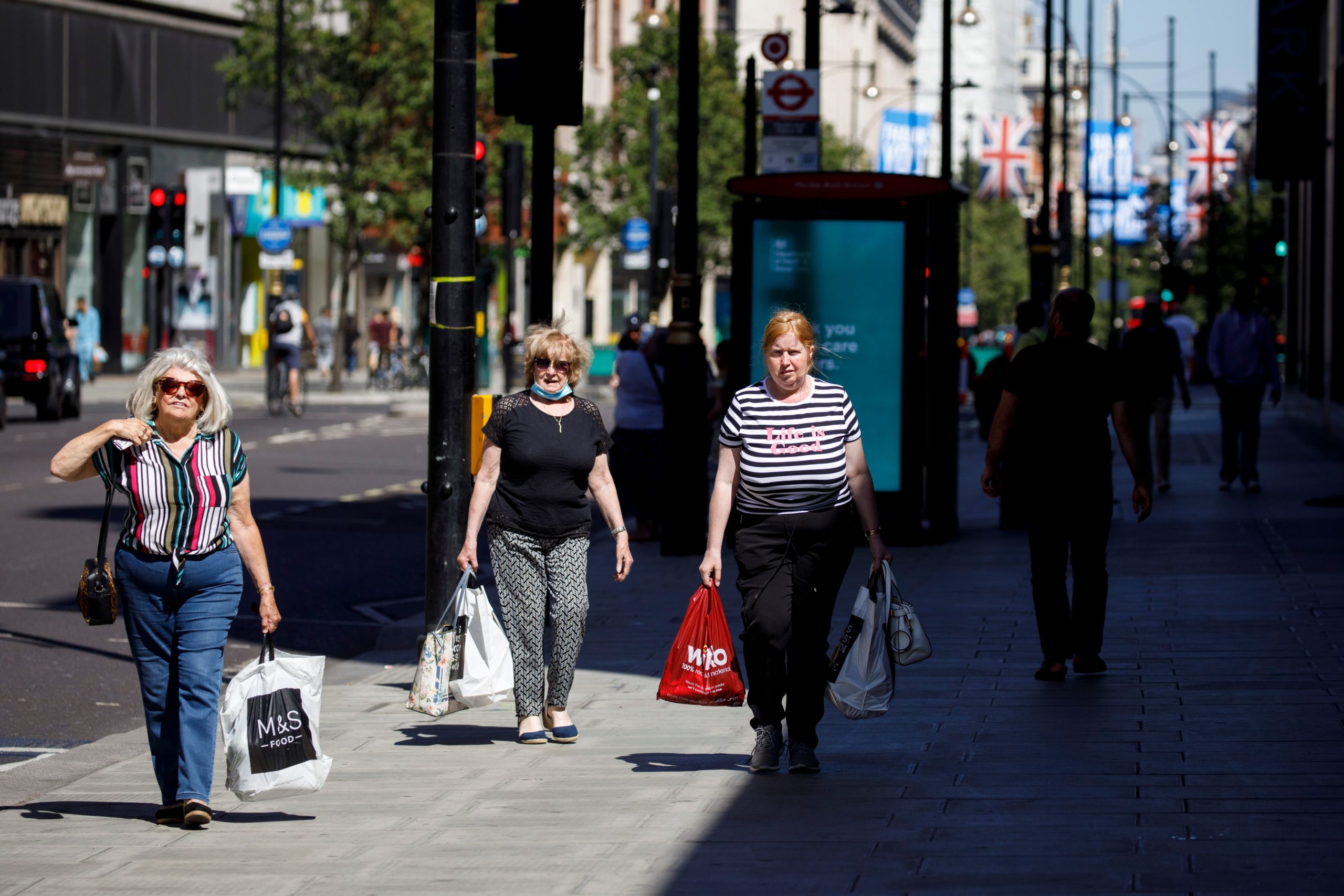 Battle with the bottle looms for Brussels